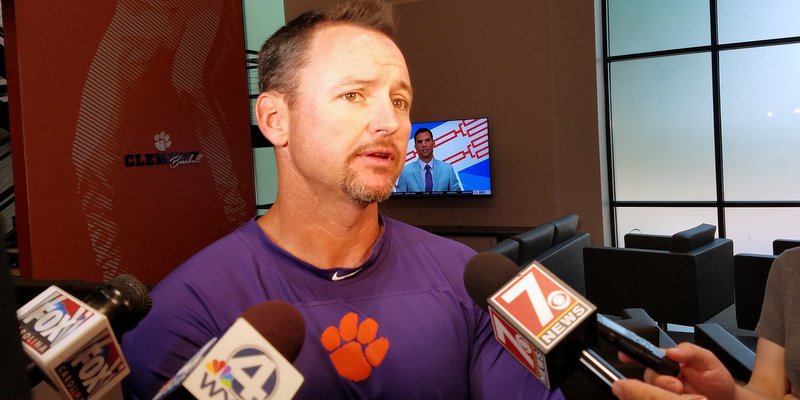 Hey Mickey, could Wrobleski and Keyshawn Askew flip roles? Wrobleski hasn’t looked comfortable the first three times he’s pitched. Is this a situation where due to injuries Clemson is stuck with the guys we have in their roles? Askew may not perform any better in a weekend starting role. Are there any other options available? Thanks, Zack

This weekend Wrobleski and Crawford are out of the starting rotation and Clark and Askew are in. They will go with Sharpe on Friday, Clark on Saturday and Askew on Sunday. It is somewhat of a surprise that two of the three weekend starters that returned from last season (Crawford and Hennessy) have not performed well this season until last night when Hennessy had his best outing. I always think it takes about 20 games to figure out roles on college pitching staffs, but this weekend is another stiff test as UNC comes to town. Hopefully Crawford and Hennessy can find a big role. There are other options but this is the one they will try this weekend.

Interesting that the basketball and baseball games were both against the Carolina teams this weekend. Let's start with the basketball game against the real Carolina. Clemson gave a great effort but like several times this year, came up a bit short. Because of the blown games against NC State and Miami the pressure was really on against a very, very good Carolina team and a tournament securing win could have been had. I am sorry that Skara was hurt and I really liked the 3 guard lineup but as has happened too many times this year, rebounding cost the Tigers a big win. Rebounding is technique and effort and both of those have to improve quickly if an NCAA bid is to be earned. What do you see for the ACC and NCAA chances?

The baseball season has just started so it is way too early to make much out a 3 game series but losing to whatever South Carolina is called now hurts. Clemson is very young, takes too many called strikes, needs pitching to be better but no question there is talent on the team. There is a long season ahead but maybe the first Carolina was just better this time and with 3 chances against the other Carolina coming up the ACC season will hopefully get off to a good start.

I agree about baseball. Let’s see where this young team is in a few weeks. There will be a learning curve, but the competition is pretty tough. There are answers but there is also a lot of inexperience. Let’s get a little deeper into the baseball season before we panic. I agree about being more aggressive at the plate, but the biggest issue has been starting pitching. The starters have to get deeper in games to save some of the value in the bullpen.