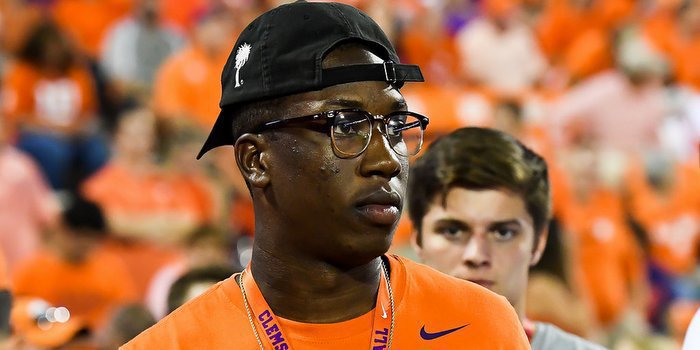 CHARLOTTE, NC – The recruitment of 5-star defensive end K.J. Henry is far from over, but the Clemson coaching staff has to feel good about its chances because of the relationships Henry has built within the Tiger family.

The 6-5, 235-pounder out of Clemmons (NC) West Forsyth told TigerNet last weekend that he understands when people predict he will wind up as a Tiger.

“I know everybody thinks that's where I'm going, but through this process, they've stuck with what they know,” Henry said. “Coach (Dabo) Swinney is a great guy and I love talking to them. X (Xavier Thomas) who is committed is one of my good friends. Trevor (Lawrence) is one of my good friends, as well. They've got good people going to a good school and that's always a good working ingredient.”

Henry has offers from all of the big-name programs across the country, but Clemson’s coaches are getting a little help from committed prospects like Thomas and fellow 5-star Trevor Lawrence.

“They're going about it the right way. You definitely don't want to press somebody to where it gets annoying, but you definitely want to hint at it,” Henry said. “I think they're doing it just the right amount, especially X. With him being the same position. we see each other a lot and he just throws those hints in there every once in a while. I love it and that's my dude, so it's all good.”

Thomas – who committed to Clemson in April – doesn’t let Henry go too long without a text. 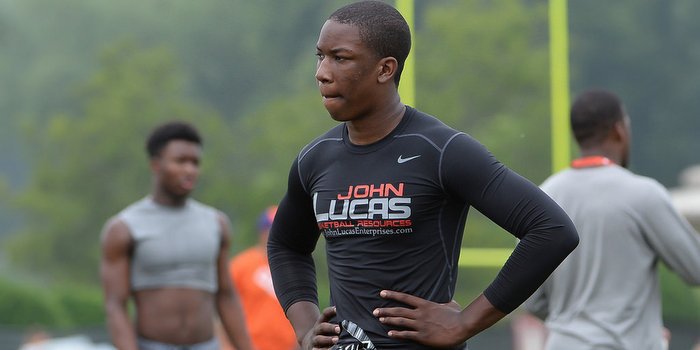 “I hear from him at least once a week. He's really down to earth,” Henry said. “Aside from him being a great defensive end, he really respects his family and what he's trying to do for his city. It's the same thing I'm trying to do for mine and we have the same goals. I think that's what I like about him most. He's a hard worker and he deserves everything he's gotten so far. I think he's a natural and he's raw and that's what I like about him.”

Henry smiled when he was asked what it would be like to be on the same defensive line as Thomas.

“That's definitely the pitch now - us in a race to the quarterback,” he said. “That's a good thought. It doesn't hurt them at all. I think I got a little bit skeptical for a bit, seeing (Thomas) commit, seeing Justin (Mascoll) commit I was like, do they still need one? It's all good.”

The Tigers are also helped by Henry’s relationship with Swinney.

“Down to earth type of guy, I think that's the best part about him. You see him on camera talking about God and all of that good stuff and you wonder if he's like that in person, he sure is,” Henry said. “I think that speaks a lot about what type of person he is and the background he's coming from. We really like that about him.”

He is in the process of building a relationship with new defensive line coach Todd Bates, who was brought on staff in December after ends coach Marion Hobby bolted for the NFL’s Jacksonville Jaguars.

“I've been chill on talking to coaches lately, but I've let him talk to me a little bit more just because he's new on the staff and obviously I like that school,” Henry said “I had a really good relationship with Coach Hobby and my dad did as well, but I think they picked a good one. Coach Bates is a great guy. He told me his story and why he's there and what he's done to get there, he's definitely earned that. Getting to talk to him more and more each week is good.”