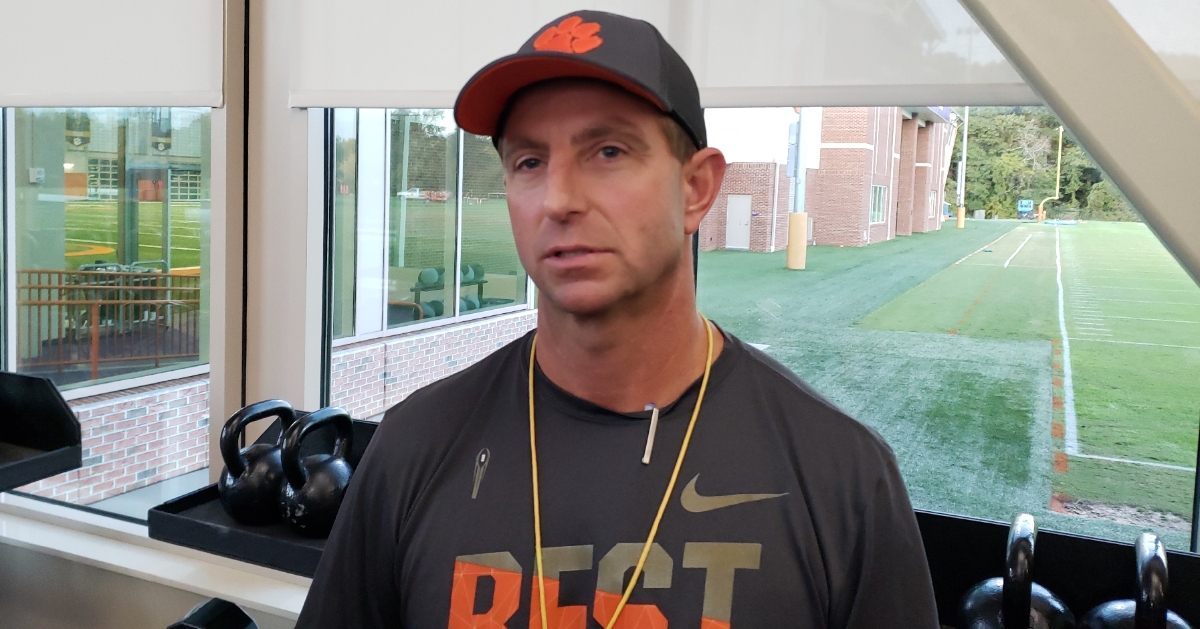 CLEMSON – The Clemson defense might be shorthanded Saturday in Louisville.

Head coach Dabo Swinney met with the media following Wednesday’s practice and said that the Tigers are relatively healthy, except for two players.

“Yeah, for the most part. Jake Venables is definitely going to be out,” Swinney said. “He tweaked his hamstring. Xavier Thomas is probably questionable right now, too. He got banged up in practice, so he's in concussion protocol. We will have to see on that.”

Wide receiver Tee Higgins should be good to go.

On playing loud music in the indoor to prepare for Louisville

“We try to make it unrealistic, to be honest with you. With the idea that if you can function in that then you should be fine. It really isn't that big of a deal. These are really experienced guys up front and they've played a million snaps in a million environments. It's just focus. You know they are going to move and stem and we just have to be locked in on what we have to do. Let's don't go backward, let's go forward. It all starts with getting the play started without any issues.”

“I am glad he is comfortable. Probably more like 47,” Swinney aid. “A lot of it is what are the elements and what is the weather and where is the wind and all of that stuff. I feel confident from 47. But that really hasn't been a problem for us. The problem has been the easy ones. He has really had a good week. I think he's 10-for-10 on the week. I am excited for him. I tell guys all the time to be prepared. He went into that game last week with no expectation that he would be thrown into the game and have to go make a kick. So, he was ready and he took advantage of the opportunity. And I love how BT has responded. His attitude has been great. Every once in a while you need a foot in your rear. And sometimes you need to sit and watch for a minute. But BT has done the right stuff and he's had a good week. He's missed a couple but he's probably 8-for-10. He has had a good week. He will be the long guy and do kickoffs and all of that.”

“I don't know, I guess I am the only coach that ever yells at a player. The thing is, I yelled at K'Von Wallace a lot worse than I yelled at BT. I kicked him out of the game. He didn't play another snap on defense from the third quarter on because he had a personal foul and it was bad personal foul. It is not who we are or what we do. But I couldn't care less about that stuff. Some of my wideouts that played for me years ago tell me I've gotten soft. I don't degrade guys but I coach them hard. I've always coached them hard. I don't do anything differently now, but sometimes the camera shows stuff and people make up things. But I am not surprised by that or distracted by that stuff one iota. I have a job to do and I am trying to do it to the best of my ability.”