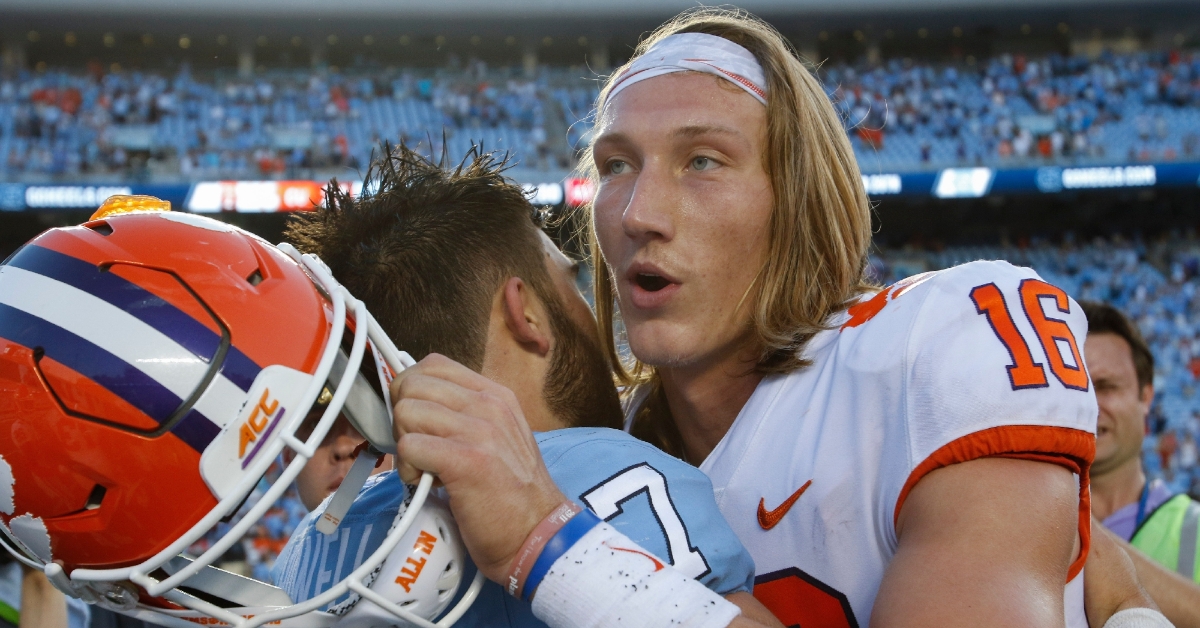 CLEMSON – Clemson’s defense was gassed. The Tigers had just allowed a touchdown that trimmed the Tiger lead to one point, and North Carolina called a timeout to plan a 2-point conversion to try and take the lead.

As the defenders talked about potential plays and wondered which way the game would go, quarterback Trevor Lawrence entered the huddle.

“It was actually a cool thing to see,” defensive tackle Jordan Williams said on Monday. “The whole game I would walk by Trevor and just tried to pick him up because I knew we were struggling offensively and defensively as well. But just having him out on the field with us, you know typically the defense gathers on the field and for him to come onto the field and try to pick us up, it actually meant a lot to me.

“It showed a lot about him and his character and the type of person he is.”

The Tar Heels trailed 21-14 after Lawrence’s long touchdown to Tee Higgins with just a little over nine minutes remaining on the clock. The Heels began to drive, grinding out third down and fourth conversations that began to test the limits of a defense that was playing on a turf field where the temperatures were recorded at 150 degrees.

The drive was a 16-play, 75-yard drive that took 8:32 off the clock and ended with a North Carolina touchdown with 1:17 remaining. The Heels didn’t hesitate to go for two but called a timeout to talk about a play. As the Clemson defense wandered over to the sideline, Lawrence wandered into the huddle.

“It actually meant a lot to the defense. It caught me off guard seeing it, honestly,” Williams said. “I came on later and I saw Trevor walking off the field, encouraging guys and picking them up. Honestly, that gave us like a little boost. We know we have the offense behind us. It was really encouraging to hear.”

The defense made the stop and the kickoff return team gathered the onside kick to win the game.

#Clemson DT Jordan Williams says offensive leaders like Trevor Lawrence and Gage Cervenka were picking them up on defense during the tight moments at UNC Saturday.