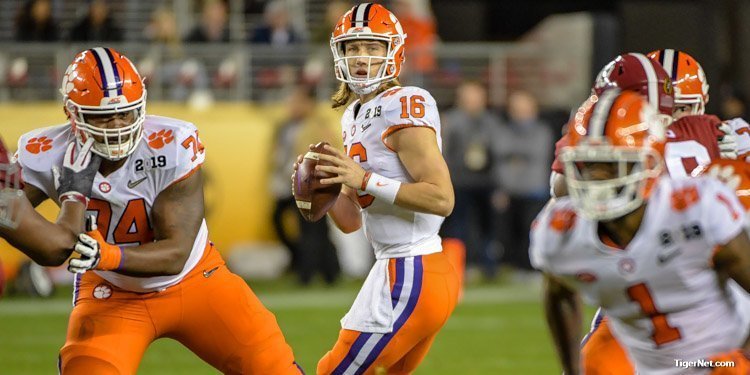 Justyn Ross is just one of Clemson's talented offensive players

CLEMSON – Tony Elliott knows his offensive group is talented, but he wants them hungry and humble.

Clemson’s offense has seen talented players take the field over the last several seasons, but the 2019 season might see the Tigers boast the most offensive talent gathered in one spot in the recent history of college football.

Trevor Lawrence leads the way at quarterback with many expecting a Heisman-type campaign from the Georgia native. Joining Lawrence on offense will be running back Travis Etienne, himself a top Heisman contender entering his junior season, and a slew of underclassmen at wide receiver. Leading the way in the passing game is junior-to-be Tee Higgins and rising sophomore Justyn Ross, who had a breakout performance in the Cotton Bowl win against Notre Dame.

Add in an experienced offensive line, talented backups across the board and an influx of freshman talent and the sky is the limit. Don’t expect Elliott, the Tigers’ co-offensive coordinator, to brag on his group, however, because he understands the distance from the penthouse to the outhouse is a short walk.

“We understand how quickly you can go from the penthouse to the outhouse. Coach (Dabo) Swinney has instilled those core values in our program,” Elliott said. “We start over every single year. We had a meeting right after we got back from the National Championship game. We got back on Tuesday and had a meeting on Friday, and Coach Swinney told Trevor (Lawrence), ‘Hey, you have to go win the job again.’ There is on complacency in our program.

“Everything is earned, and we understand that, and we recruit the right type of fit, the type of young men that understand that. They want to challenged, and they understand that the best is yet to come. We have that windshield mentality, and we have a number of ways to keep our guys focused on what is next.” 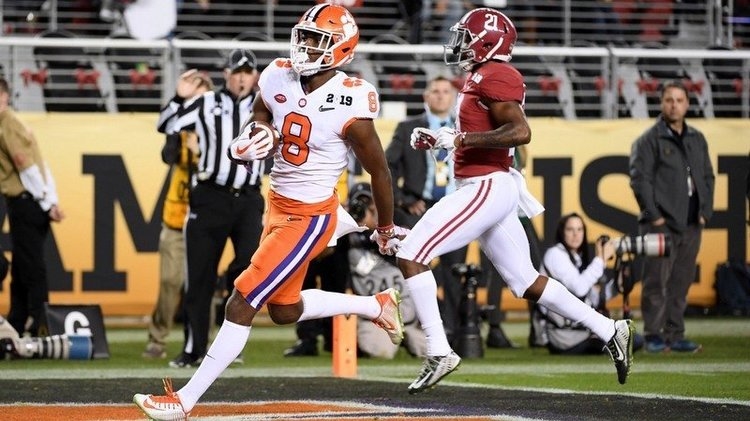 Justyn Ross is just one of Clemson's talented offensive players "

Elliott says he has to keep them challenged.

Elliott says the difference is in the details.

“The biggest thing is you have to make these guys understand the importance of the details. That is what is going to make the difference,” he said. “There are a lot of talented teams that we play week in and week out. The difference is do you have the attention to detail and the commitment to excellence in everything that you do. It’s a blessing to have a lot of talent, and we’ve had a lot of talent here over the last several years. But the biggest challenge for us as coaches is to keep those guys humble and coach each one to be the best at what they do.”