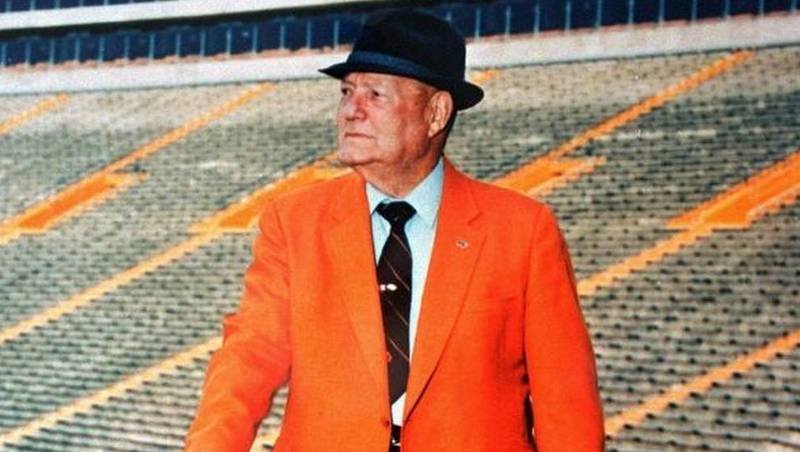 Bulletin board material goes a long way in college football. Even in 1945.

While doing some research on the Clemson-Georgia Tech rivalry Thursday afternoon, I called former Clemson staffer Sam Blackman. While we were on the phone, he relayed a piece of a conversation he had with former Clemson head coach Frank Howard about the Tigers’ trip to Tech in 1945.

World War II had come to a close and college football teams were beginning to get back into a routine. The Tigers were scheduled to travel to Tech for the next-to-last game of the season.

The Yellow Jackets were 4-4 heading into the Clemson game, but with Georgia on the schedule as the season finale a week later, Tech head coach Bobby Dodd decided to rest many of his starters. In fact, according to what Howard told Blackman, Dodd was so confident of a win over Clemson that he decided to not only rest his starters, but he didn’t even watch any Clemson film.

The Tigers were 5-2-1 heading into that game and were coming off of a 47-20 victory over Tulane, which just happened to be in the SEC at the time.

To put it in today’s terms – Clemson plays Duke in game number 11 this season, a week before they take on arch-rival Gamecocks. It would be like current head coach Dabo Swinney telling the media that the Tigers were going to rest their starters and put all of their concentration on the Gamecocks. Duke head coach David Cutcliffe and all of his players would be incensed, and rightly so.

Now that we’ve set the stage, I’ll let Blackman take over. This is from an article he wrote about the event for clemsontigers.com.

One For the Books

In 1945, the country was recovering from World War II, the troops were returning and many of them going back to college to resume their academic career that was interrupted by serving Uncle Sam in the armed forces.

In 1944 Clemson suffered its worst loss in the series to Georgia Tech, a 51-0 loss in Atlanta. But the 1945 season was to be different.

Coach Howard and Clemson kept things going on campus the best they could. Many schools dropped football, but Clemson managed to always field a team and because of this, Howard said that is why Clemson enjoyed success in the late 40s and 1950s.

“We kept the football team going, and we didn’t drop football like many schools did. And because of this, we were ahead and didn’t have to play catch up. I feel it helped the morale of the students at Clemson and those abroad. I would write the players serving our country and tell them about what’s happening at Clemson and plans for the team when they came back from service,” said Howard.

Prior to Clemson playing Georgia Tech on November 24, 1945, Yellow Jacket Head Coach Bobby Dodd, in his first year, announced that his second string would start against Clemson. He wanted to rest his first string players and have them ready for the Georgia game the following week.

“We saw what Dodd said in the newspaper,” said Howard. “We also knew they didn’t scout us any that season. We knew we had a point to make.”

Clemson’s Butch Butler, who was on a 45-day leave from the Army, scored two touchdowns for Clemson before 20,000 people in Atlanta. Frank Howard said he asked the general for a 45-day leave for Butler because he had the days numbered that he needed him during the football season.

At the start of the game, Clemson proved they were for real and Georgia Tech’s first string soon got in the game. The Tigers, led by Butler, upset Georgia Tech, 21-7.

“I think my boys played a whale of a game against Tech,” said Howard following the game. “I think everyone will agree they were the class of the ball game from start to finish,” said Howard.

A feature of the game at halftime was the appearance of Clemson’s famous Senior Platoon. This drill team gained national prominence around the country and brought fame and prestige to Clemson.

The series with Georgia Tech is a very intriguing one and is filled with many colorful characters. It’s fortunate for fans that both teams are in the same conference and they continue to play each other year after year.