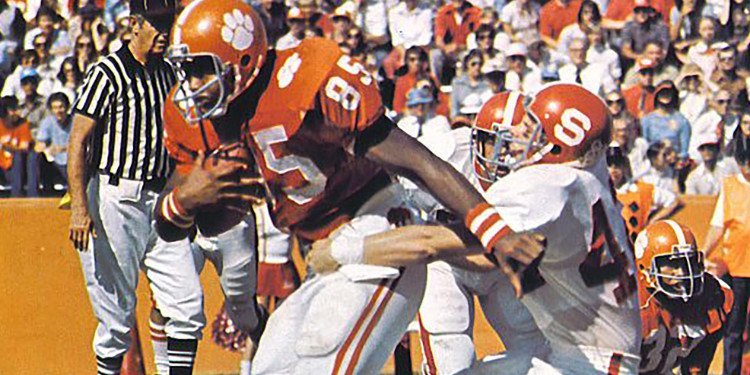 If you ran into Bennie Cunningham walking the halls of West-Oak High School in the northwestern corner of South Carolina, you might not know what to expect. What you got was one of the nicest and most caring individuals you would ever care to meet.

I grew up watching Cunningham and the Pittsburgh Steelers dominate the NFL in the 1970’s – Cunningham was a tight end on two of the Steelers’ four Super Bowl-winning teams. Cunningham was a career counselor at West-Oak when I ran into him, and it was obvious that he was more interested in the kind of people his students were going to be than his past accomplishments.

Here was a man that was given so much and wanted to give back even more.

When pressed to talk about his glory days, Cunningham spread his hands and said, in typical fashion, “This isn’t about me. It’s about these kids.”

He was drafted in the first round of the 1976 NFL draft by the Steelers and went on to play for Pittsburgh from 1976-85. He won a pair of Super Bowl titles during his time with the Steelers and finished with 202 catches for 2,879 yards and 20 touchdowns during his NFL career.

Cunningham graduated from Seneca High School in 1972, where he was a four-sport letterman, a Shrine Bowl participant, was named All-State for football, and holds the school record for most rebounds in a basketball game with 29.

After graduating from Seneca, Cunningham attended Clemson on a football scholarship from 1972-1976. He was named All-American as a junior and Sporting News First Team as a senior. He was All ACC twice and selected to multiple all-star games, including the Hula Bowl, Japan Bowl and East-West Shrine Bowl. He was inducted into the Clemson Hall of Fame in 1994 and ranked as Clemson’s No. 15 football player of all-time in 1999. Cunningham was named to the 50th Anniversary ACC Team in 2003 and he was the only tight end named on the team.

Cunningham earned a degree in secondary education and returned home when his playing days were done. He lived in South Carolina in the offseason when he played for the Steelers and always figured he would end up in education.

"I enjoy what I'm doing. I help students get into the right courses and take the right tests for the occupation or college they might want to get into or try," Cunningham told the Pittsburgh Post-Gazette. “A student may have an idea what field they want to go into, and I try to find the best path to make that happen for them."

Clemson head coach Dabo Swinney remembers Cunningham as the consummate professional, on and off the field.

“Bennie Cunningham was one of our greatest players, arguably the greatest tight end in our history and ACC history,” Swinney said. “He set the standard for players at that position. But, more importantly, was the way he represented Clemson as a professional athlete and in his life after football. With his passing, the Clemson football program remembers him and his family with highest regard today."