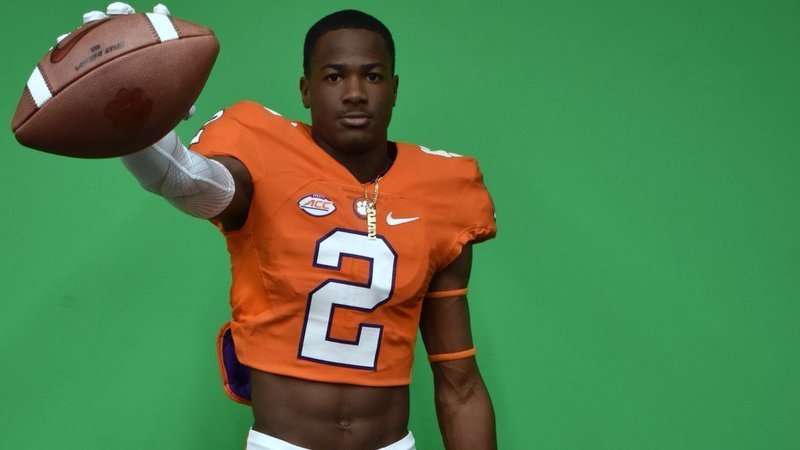 Battle has the Tigers on top after a recent visit

Clemson has been the leader for 3-star cornerback Shyheim Battle since the Tigers offered at the end of February, and two recent visits to the campus have helped hold that lead.

Battle, out of Rocky Mount (NC), attended Clemson's spring game last weekend and the Tigers have put themselves in good position with him at this point though he's still checking some other options.

He is attending Tennessee's spring game this weekend and he was offered Friday by LSU. He also has offers from Ohio State, Duke, North Carolina, NC State, Virginia, West Virginia, Virginia Tech, Georgia Tech and others.

"It went good, pretty good crowd, I had a fun time, I enjoyed it up there," Battle said of his Clemson visit. "I liked the atmosphere a lot. I watched Trayvon Mullen most of the time. I know he's like their go-to corner. They've got Mark Fields behind him. I watched those two guys a lot and they seem to be pretty hands-on with what they were doing and kind of patient. I tried to pick up on how they move."

Battle said he sat down with cornerbacks coach Mike Reed, and Reed pushed early playing time as an advantage – Reed said both Mullen and Fields will go to the NFL after this season.

"Coach Reed was telling me they are going to need corners right now because Trayvon and Mark Fields are both going to the NFL and they'll only have three corners coming back once I get there and that means there's an opportunity early for me to get on the field," Battle said.

Battle visited the campus for Clemson’s elite junior day in mid-March, and the back-to-back visits have the Tigers out front.

"Right now, I'd say they are ahead," he said. "I'm not going to say it's too big (of a lead) because it's still a fight. I know every time I visit it's something different. It's not like they could pull away or anything."

NC State is second on his list with Tennessee, Duke and Ohio State also on his short list. He's also been to Duke, North Carolina, East Carolina, Wake Forest and NC State. He will visit Tennessee Saturday. Coaches from NC State and Duke were in to see him this week.

Battle said a decision is not imminent and plans to wait until close to his season or even into his season before making his decision. He will sign and graduate early.