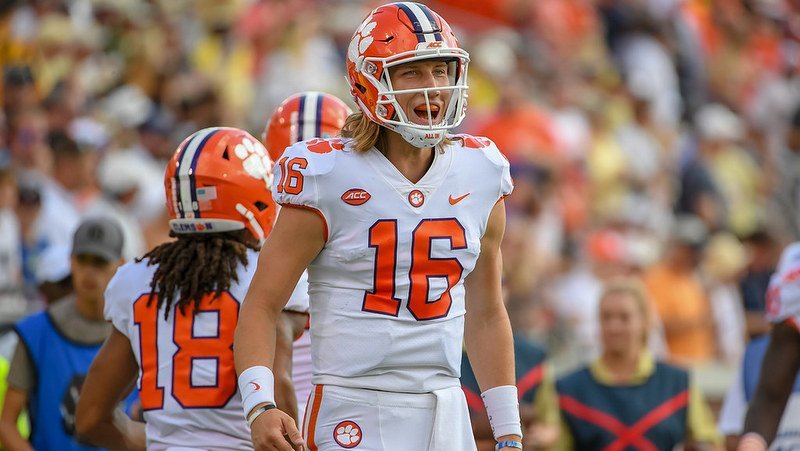 Welcome to Saturday and game number five of the football season, and even though it’s a noon start there are storylines aplenty heading into kickoff.

It’s been a busy week in the Hood household as we brought baby Eli home late Wednesday night, and as you can imagine there have been a few sleepless nights, so I appreciate everyone’s patience this week. Special thanks to TigerNet’s Brandon Rink, who stepped into a pinch-hitting role and handled it masterfully.

It was more than a little funny – and shows how serious we are about college football – when my phone would go off this week, even at one and two in the morning, and the person sending the email or text or Twitter or Facebook message would say, “Congrats on the baby. What do you know about Kelly Bryant?”

I didn’t really delve into finding out things until later Thursday, and I’ve heard that three of the first calls made to Bryant were from Penn St., Miss St., and Auburn. All three will lose starting quarterbacks at the end of this season (assuming the junior Stidham goes pro), but all three have options beyond their current starters.

Auburn would seem to be a good fit, but they have Malik Willis and Joey Gatewood waiting in the wings while Cord Sandberg arrived over the summer. Miss. St. loses Nick Fitzgerald, but they have Keytaon Thompson set to take over.

As for Syracuse, the loss of corner Mark Fields puts the Tigers in a tenuous position considering the Orange like to run five-wide at times. Moving K’Von Wallace from safety to corner is an option, but both Nolan Turner and Denzel Johnson lack experience on the back end. This might be the game where one of the youngsters like LeAnthony Williams, Mario Goodrich, or Kyler McMichael steps into the fray.

With two players missing the game – Cornell Powell is the other – people naturally want to know if it’s the result of a fractured locker room. That is not the case, and I was told Friday that the locker room is in good shape because “no one is walking eggshells anymore.” In other words, the decision has been made and everyone is ready to move forward.

I spoke with an NFL scout at Georgia Tech last Saturday, and he predicted the move to Lawrence this week. The scout said that he’s followed Clemson for years, and says Lawrence brings the same dynamic to the offense that Deshaun Watson brought. In his words, Lawrence “unlocks the offense” and makes playmakers out of Justyn Ross, Tee Higgins, and Amari Rodgers.

As for the running backs, it was good to see Tavien Feaster take a step forward last weekend. Someone sent me a note a week or so ago saying that another media member posted on their board – I am not sure who it was – that Feaster was officially a bust. My advice was to never listen to that person again. If you’ve ever had surgery, you know that it takes time to bounce back. Feaster showed his old burst last week, and the only thing busting will be defenses going forward.

Finally, regarding Lawrence, I heard from one of Watson’s high school coaches Friday and I asked him his thoughts on Lawrence. He told me Lawrence is just a winner, like Watson, but is ahead of where Watson was at the same point. Watson threw for 435 yards and a school-record six touchdowns in his first career start (against UNC) in 2014. I doubt Lawrence can replicate those numbers, but I can’t wait to see this offense under Lawrence for an entire game.