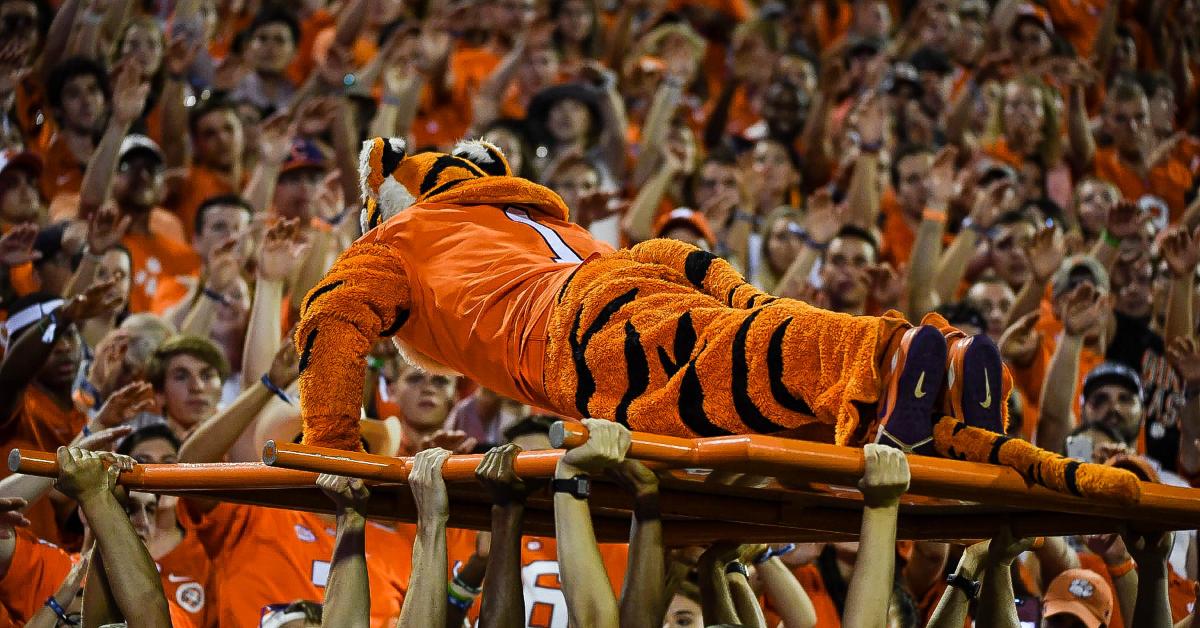 The Tiger was busy against Georgia Tech

CLEMSON – The first goal on the board in Clemson’s team room is ‘Win the opener.’

OFFENSIVE PLAYER OF THE GAME: Travis Etienne looked to be in midseason form Thursday night. After a holding call negated a long run by quarterback Trevor Lawrence, Etienne took it 90 yards down the Clemson sideline for the Tigers’ second score of the game. The touchdown tied Banks McFadden and Buck George for the longest run in Clemson history. His second touch of the third quarter went for 48 yards and his third touchdown of the night. Etienne finished with 12 carries for 205 yards, the fewest touches in a 200-yard game in program history. He also eclipsed the 2,500-yard mark for his career.

DEFENSIVE PLAYER OF THE GAME: Redshirt junior linebacker Isaiah Simmons was seemingly all over the field Thursday night. He accounted for 10 tackles – five solo – leading all tacklers.

*Special teams plays – Will Spiers’ 42-yard punt hung in the air long enough for the coverage to get down the field, and Tech’s Jalen Camp fumbled the catch. The ball was recovered by Baylor Spector at the Tech 16-yard line, and six plays later Lawrence took the read-option and waltzed almost untouched into the endzone for a six-yard touchdown and a 7-0 Clemson lead.

*Goal-line stands – Trevor Lawrence threw his first interception of the season when Tre Swilling jumped a pass. Lawrence raced downfield to stop Swilling at the three-yard line and Clemson’s defense took over. The defense stood tall for four downs that culminated in a Denzel Johnson interception on fourth down in the endzone.

*Chase Brice takes over – Midway through the third quarter Chase Brice took over at quarterback. The Tigers put together a seven-play, 67-yard drive under the leadership of Brice. Brice lofted a picture-perfect lob into the end zone for freshman Frank Ladson, and Ladson hauled it in for a 21-yard touchdown, the first of his career. Freshman running back Mikey Dukes picked up a blitzer on the touchdown throw. With 14:54 to play in the game, Clemson led 49-7.

UP NEXT: Clemson’s slate gets tougher next week as No. 12 Texas A&M comes to town for a 3:30 matchup in Death Valley. The Tigers narrowly escaped Kyle Field a year ago with a 28-26 victory. The Aggies beat Texas State Thursday night.