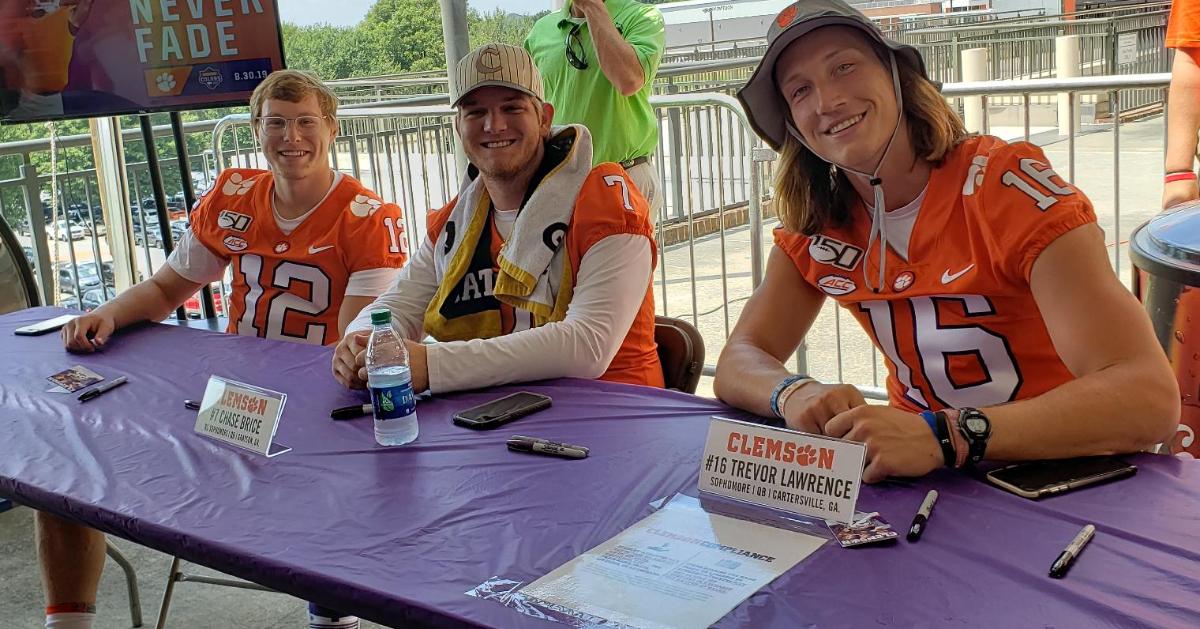 CLEMSON – Memo to fans who might want to get in line to get Clemson quarterback Trevor Lawrence’s autograph next year. Get in line really early. Maybe even the night before.

Thousands of fans braved the heat and humidity at Clemson Memorial Stadium Sunday afternoon to get autographs from and pictures with head coach Dabo Swinney and Tiger players.

Jessica Lazer of Asheville said her brother showed up late Saturday night with a couch, the first fan to find a place in line for Lawrence.

“He is a huge fan of Trevor’s and he got here really early last night. He had a couch out there set up at 10 pm last night just so he could see Trevor,” Lazer said. “He had a conversation with a couple of other guys that were there. One showed up at 11 and two others showed up at 11:30. He said they just talked for most of the night and then people started showing pretty consistently about 4 am.”

Clemson right tackle Tremayne Anchrum said he was looking forward to mingling with the Clemson faithful.

“Fan Day is an absolutely great experience for us. We feel like we have a sense of duty to the fans and we want to give back to them,” Anchrum said. “Without them, our passion for winning wouldn't be the same because they give us the motivation and energy that is so unique to Clemson. They give us the energy to go out and dominate every Saturday.” 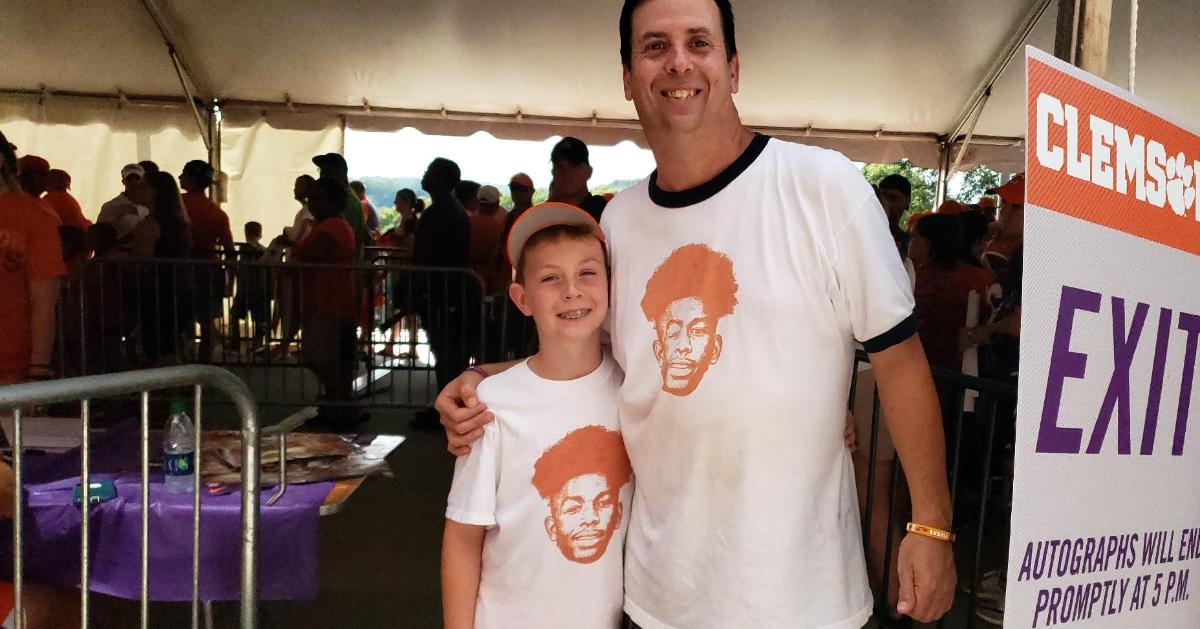 Anchrum even made sure he did pregame warmups.

“My hand - I stretched it out and did some finger pushups. I think I am ready,” he said.

Anchrum said it’s also a chance to show the youth of today how to act.

“This is part of team camaraderie right here. This is where we get to cut loose and interact with the fans and be with each other because that is just as important because team chemistry means everything,” Anchrum said. “To some of these kids, we are heroes. So it's really important how we portray ourselves and interact with them because they are the future and the example we set is who they are going to follow.

“I had a favorite basketball player growing up, and that was Tim Duncan. I loved how consistent he was. I was a shy kid and I was quiet and I did what I was supposed to do. That is how I looked at Tim Duncan, and I would have done anything to get his autograph and that is how I look at these kids now. They see us on TV and they look up to us.”