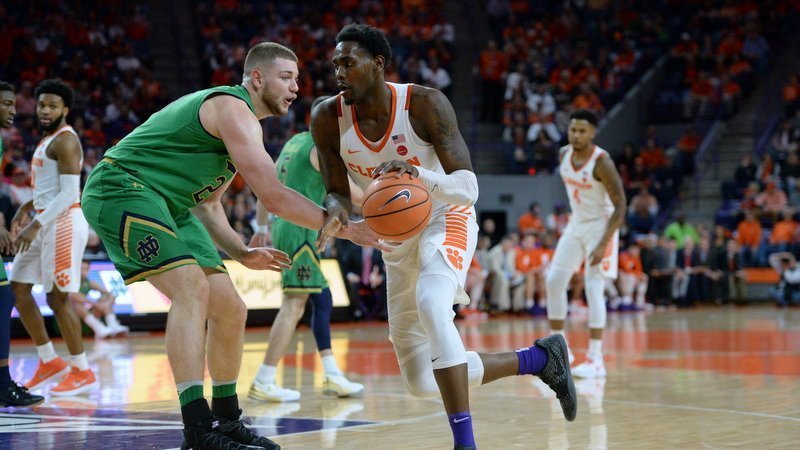 Reed has had an outstanding week for the Tigers

Clemson travels to Winston-Salem to take on Wake Forest Saturday afternoon at 2 p.m. in a matchup that will be broadcast on RSN.

Clemson is ranked for the fifth consecutive week in the AP Top 25 poll (No. 20). Clemson is also ranked in the USA Today Coaches Poll at No. 20. Clemson’s RPI checks in at fifth nationally, and with a win over North Carolina on Jan. 30, the Tigers have now begun ACC play 7-3. It is the seventh time in Clemson history (in 64 ACC seasons) that a Tiger team has started league play with at least a 7-3 record through 10 games.

Clemson guard Marquise Reed led Clemson in scoring, rebounding, and assists in the win over North Carolina. We refer to that accomplishment as a “Triple Leadership”, a rare occurrence. It marked the first time in almost exactly 10 years that a Clemson player had a “Triple Leadership” at home.

The game is Wake Forest’s sixth this season against a ranked opponent. The Deacs have dropped the first five, falling to Tennessee, at North Carolina, Duke (twice) and Virginia.

Wake Forest topped Florida State, 76-72, on Wednesday to snap a seven-game losing streak. The Deacs rallied from a 10-point deficit, the largest comeback of the season and the sixth double-digit comeback of the last three seasons.

*Keep shooting the three - Gabe DeVoe notched back-to-back games with five 3-pointers in wins over Georgia Tech (Jan. 28) and North Carolina (Jan. 30). He is the first player since 2008 to make at least five threes in back-to-back games - tying Terrence Oglesby. Overall, Clemson was 15-30 from 3-point range against UNC and tied the school record for most threes made by the home team in Littlejohn Coliseum with that performance against the Heels. They were also 10-21 from beyond the arc in a win over Georgia Tech last Sunday.

Head coach Brad Brownell said that the Tigers are a guard-oriented team and will keep shooting. The Demon Deacons feature a lot of length inside, making it hard to get to the rim. Clemson will have to be successful from the outside.

*Don’t turn the ball over – In Clemson’s three conference losses this season, they have turned it over 17 times (NC State), 15 times (UNC) and 19 times (UVa.). In recent wins, they had protected the ball. Against Notre Dame they had nine, just seven at Georgia Tech and 10 against UNC.