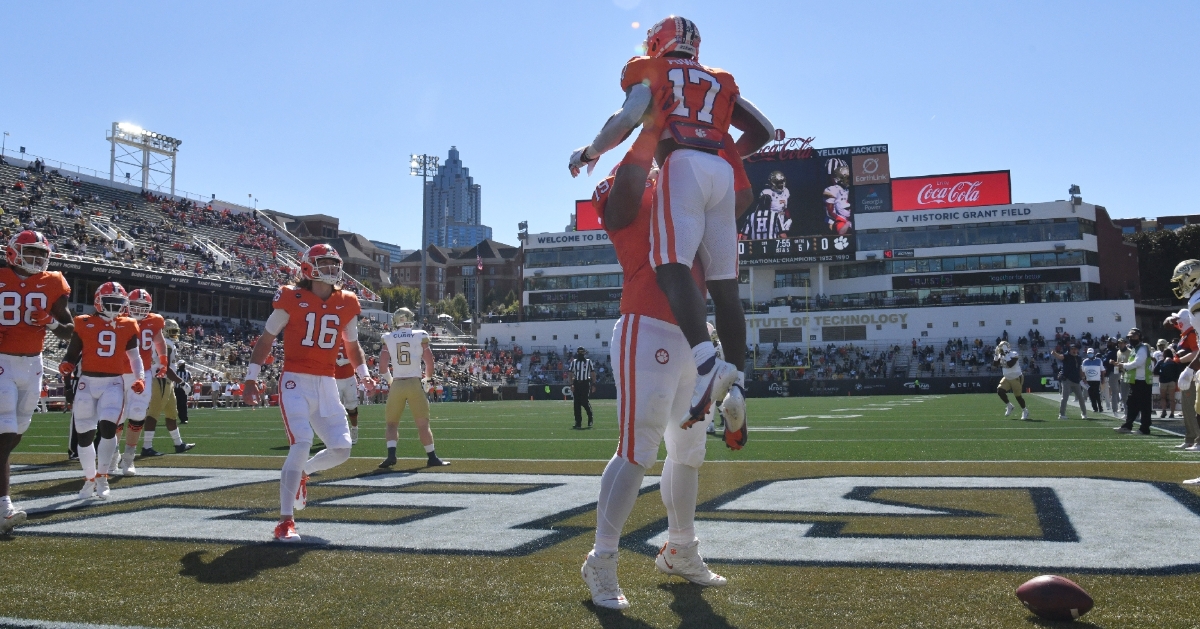 Clemson head coach Dabo Swinney has been known to let off the gas against outmatched opponents once his team gets a big lead, with handoffs and basic run plays the formula used for running out the clock.

Saturday against Georgia Tech, the Tigers played every player on the travel roster except for tight end Braden Galloway and quarterback DJ Uiagalelei (both are nicked up), and ran a walk-on (Hunter Helms) out at quarterback in the fourth quarter before he gave way to the Tigers’ punter (Will Spiers) at QB.

However, the Tigers kept running their offense and that led to the 73-7 score as Helms led a pair of fourth-quarter scoring drives. The Tigers also went for it on fourth down twice.

"So, first of all, hats off to Clemson, they are the No. 1 team in the country for reason," Collins said. "They're really good players, really good coaches, so just a lot of respect for that program and that team. The margin of error, when you're playing a team of that caliber, is razor-thin and I don't think we closed the margin as much as I had hoped. We'd showed really strong glimpses of what we can be eight nights ago, against Louisville Friday night with a big conference win and I anticipated we prepared really well going into this game. With the margin of error when we have turnovers at inappropriate times, they are going capitalize on it."

Collins was asked if the Tigers played a little too aggressive with the big lead, and he said he had no issue with it. 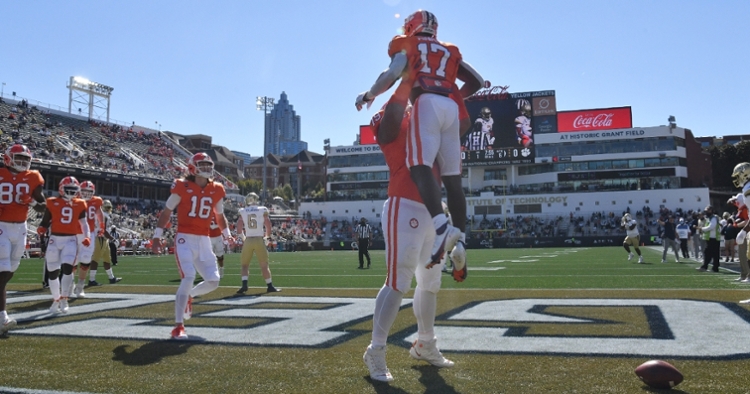 "I can't worry about that, you know, I've heard coaches in the past complain about the other side doing whatever, I'm not going to be one of those guys," Collins said when he was asked about Clemson running up the score. "It is our job, regardless of who's in the game, regardless of the situation to get stops. So we're not going to worry about that. We're not going to complain about that. Whatever another coaching staff needs to do that's on them, we've got to worry about us. So that's all I'm going to concern myself with, is those kinds of things. But it's a good point."

Collins said his team – which beat Louisville eight days earlier – still has to learn how to win.

Georgia Tech was just 2-for-14 on third down.

“First and foremost, just some matchup things (came into play on third downs)," Collins said. "But just making sure that we understand the situation understand what we need to be doing within the scheme. And I do think they had some good things, obviously offensively as well. But when we get in third down, we have to get off the field. And on the other side of the ball on third downs. We weren't good on that end as well. So that's a huge point of emphasis."