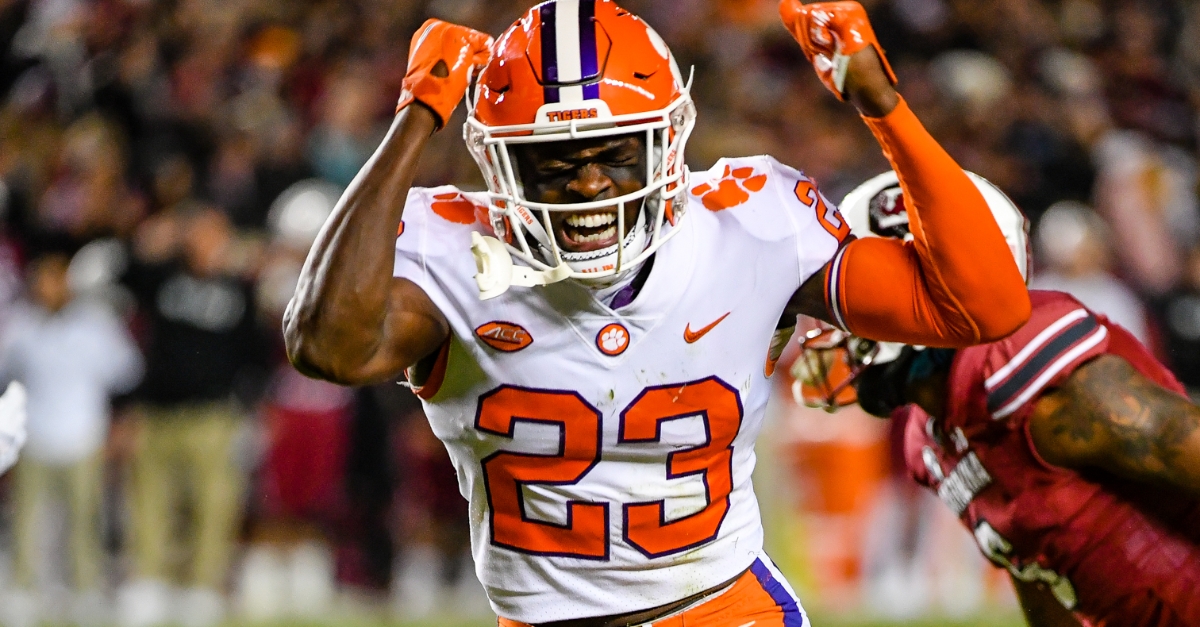 Mario Goodrich capped a big year with an MVP belt in the Cheez-It Bowl win over Iowa State.

Clemson football put a wrap on another double-digit win campaign recently, and with the help of analytics, we take a deeper look into the 10-3 Tigers season by position, starting with one of the top cornerback groups in the nation.

Mario Goodrich truly had a breakout campaign. He more than doubled his 2020 snap count from 237 to 582 and skyrocketed his PFF grade from 55.6 (6th best among 2020 Clemson CBs) to 84.4 (top in the conference). He earned first-team All-ACC honors. After winning the Cheez-It Bowl MVP, he is departing for the NFL on a high note.

Very good anticipation by Mario Goodrich on this rep. Closes and uses an off-hand to break up the pass. Love to see it @TheJoeMarino pic.twitter.com/Szh0FwfoJF

With Derion Kendrick departing, Andrew Booth filled the void and became a true No. 1 cornerback. He improved upon his already strong 2020 PFF grade of 74.7 while establishing himself as one of the best tackling cornerbacks in the country. He was often seen blowing up screen plays or making a key open-field tackle. He will likely get rewarded by being drafted inside the top 15 picks of the NFL draft.

Great job by Andrew Booth Jr (Clemson CB 23) to blowup this screen. Attacks the WR while maintaining outside-in position before assisting on the tackle. pic.twitter.com/wNpVw3bs1Z 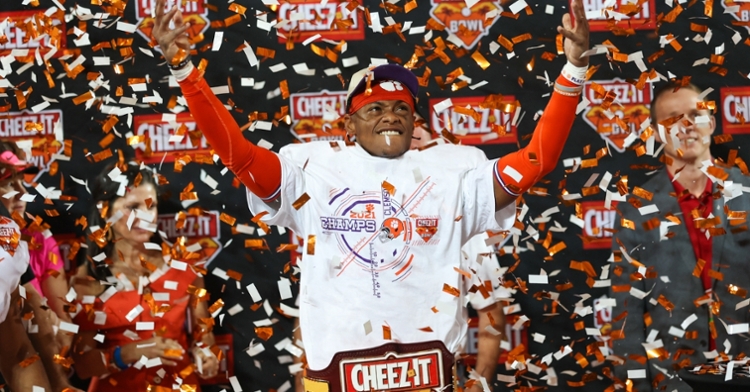 Mario Goodrich capped a big year with an MVP belt in the Cheez-It Bowl win over Iowa State."

Sheridan Jones’ role continued to expand this year as he increased his snap count from 300 to 416 and continued his strong level of play. He will have an opportunity to play an even more vital role next season.

Malcolm Greene played in nine games though he only saw 177 snaps. He was originally recruited as a safety. Next year will be a big for his development as a cornerback.

After a tumultuous off-season, Fred Davis II played in eight games and will compete for a bigger role next season.

Nate Wiggins was a highly rated four-star cornerback out of Atlanta’s Westlake High School, the alma mater of former Tiger CB AJ Terrell and current WR Dacari Collins. He acquitted himself well as a freshman.

Last year, TigerNet graded the cornerbacks as a C+. With Derion Kendrick’s off-season dismissal, there was reason to be concerned things could get worse. Instead, Booth joined the long list of lockdown No. 1 cornerbacks to come through Clemson. That list includes AJ Terrell, Trayvon Mullen, Cordrea Tankersley, Mackensie Alexander, and before them players like Tye Hill and Donnell Woolford. It may be time to start calling Clemson CBU instead of WRU.

Booth wasn’t the only success story. Goodrich may have been the most improved player on the team. The Tigers needed him to be a solid No. 2 cornerback. Instead, he became an All-Conference performer with the highest PFF grade among ACC cornerbacks.

Jones provided quality depth and others played their roles well in what was a relatively small cornerbacks group. This position group exceeded expectations and was a big reason Clemson won 10 games for the 11th straight season.