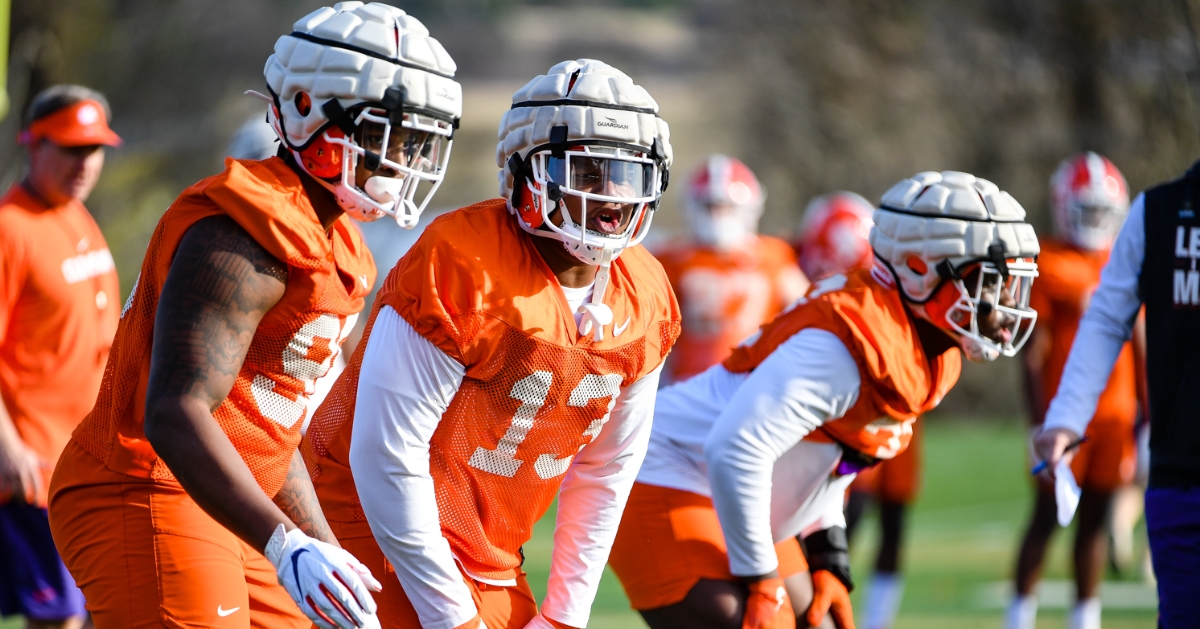 CLEMSON – Defensive tackles Ruke Orhorhoro and Tyler Davis have no doubts that head coach Dabo Swinney hired the best man for the job when he lured Nick Eason away from Auburn and brought Eason back home to coach the interior of the defensive line.

Orhorhoro and Davis were tabbed as the selected players for interviews following Monday’s practice and elected to conduct a joint interview session rather than individually. True to form, both said they are simply trying to be a part of the best defensive line in the nation.

“We are just trying to go out there and compete,” Orhorhoro said. “Take it step by step and day by day so we can be the best in the nation.”

Davis, in his quiet way, agreed.

"Really trying to dominate every play, every snap, for real,” Davis said.

Both agreed that Eason is a home run hire.

"I'm learning a lot from him, pass-rush and in the run game. It's been very fun,” Davis said. "He has some drills that are very unorthodox to us right now, but we are still learning them. All the hand combat and pass-rush stuff we are doing. Coach (Todd) Bates we did more pop-ups, coach Eason we do more hand combat." 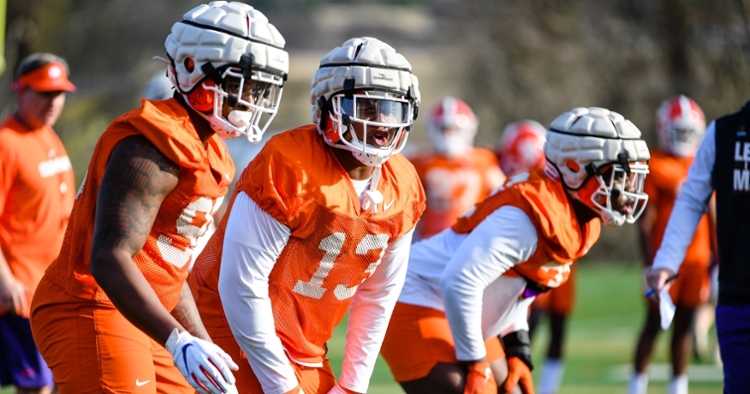 "He's a great guy. High-energy. Keeps us on our toes every day,” Orhorhoro said. “Just trying to adjust to his style of coaching. I am very happy in Coach Swinney's decision to hire coach Eason. I feel like that's one of the best hires you can make. Coming back home, he's been in our shoes, walked on this campus. Now he's teaching us the ropes and his style."

Eason reached out to the players when he got the job.

"We didn't talk about football, that's how I knew he was genuine,” Orhorhoro said. “We talked for 30-40 minutes, he was just getting to know me and telling me about himself. Got my parents' phone numbers."

Orhorhoro said the defensive tackle spot can be dominant for the Tigers, but only if everyone stays healthy – Bryan Bresee and Tré Williams are out this spring recovering from surgeries. The line is also proud of the Avengers mindset it has adopted.

"There are so many different combinations that you can put out there and keep us fresh,” Orhorhoro said. “So many different avengers. I'm Black Panther, by the way. That's the best avenger."

Davis clarified on how the names were chosen.

Did any of the players think about following Bates and former defensive coordinator Brent Venables to Oklahoma?

"Nah we love Clemson,” Davis said, who then said he is also a big fan of new defensive coordinator Wes Goodwin. "I love coach Wes. He's very chill. He lets us go out there and play and really get after it."