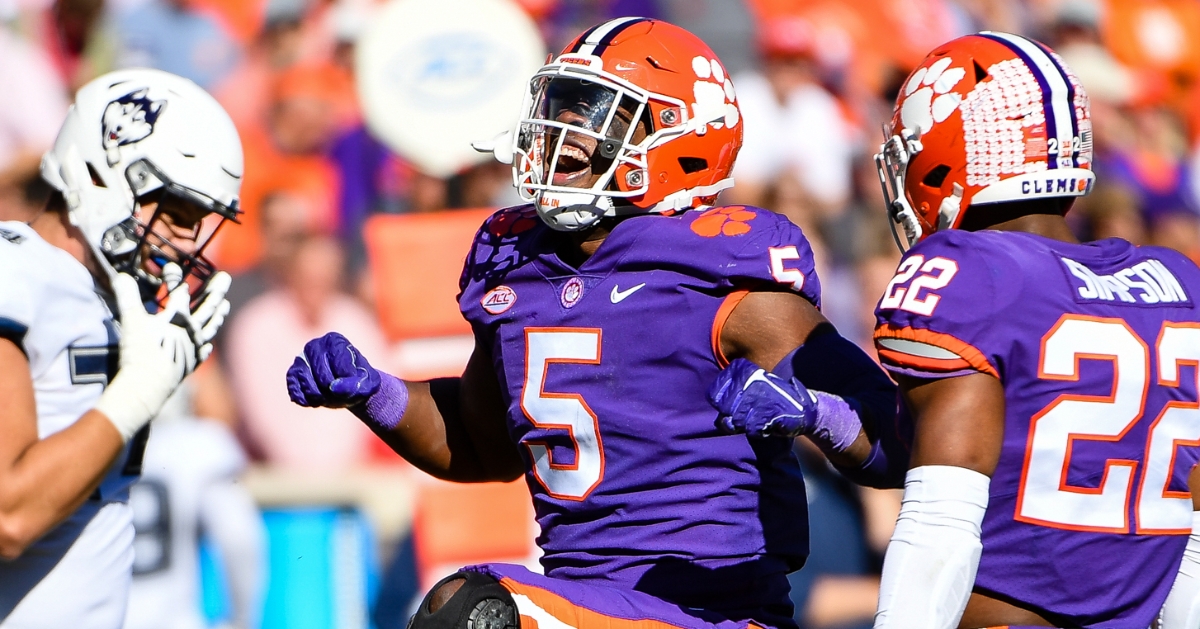 KJ Henry and The Avengers have replaced the Power Rangers.

CLEMSON – Coming soon to a football field near you, the identities of The Avengers on Clemson’s defensive will be revealed.

While the Power Rangers of Dexter Lawrence, Christian Wilkins, Clelin Ferrell, and Austin Bryant paved the way, Captain America and The Avengers have arrived to battle evil and opposing offenses in their own way.

KJ Henry – better known as Captain America around the Reeves Football Complex – told the media that after he and Xavier Thomas decided to return for their final season, they knew they had to do something special, especially after being eschewed from the original Power Rangers.

“We weren't in the Power Rangers. We weren't the cool kids,” Henry said after Clemson’s first spring practice. “They had their own little group. Me and X (Thomas) were the babies. They got the job done and showed us the ropes and now we know how to fight off crime the right way.

“We've got a little crew. We felt like we had great excitement for the guys coming back. There was a lot of hoorah for what we can do this year. Obviously, we had a great example in the Power Rangers, but it's time for something new and that's kind of what we came up with. Different characters. Everyone will get to show themselves in their own right in their time.”

While The Avengers may not have the big names of the Power Rangers, on the field they are comparing themselves to the 2014 unit that was pretty good in its own right. 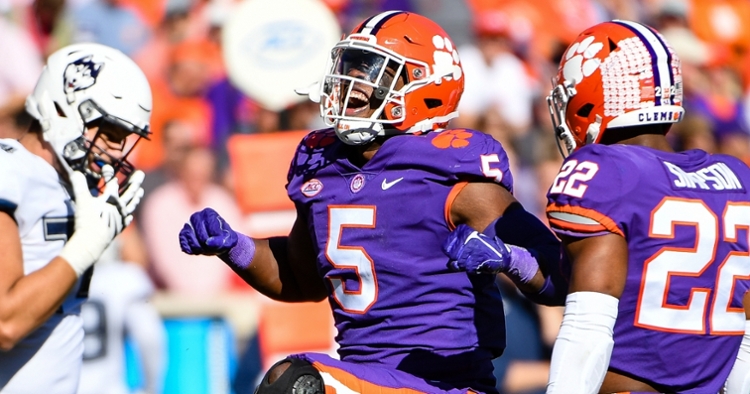 KJ Henry and The Avengers have replaced the Power Rangers. "

“Coach Swinney made a great point - that 2014 d-line of Deshawn Williams, Grady Jarrett, Carlos Watkins and DJ Reader - they're all in the league today,” Henry said. “Only two can go out there, but they're all great players and they're still playing today. I think that's the selflessness and the talent that we feel like we have in the defensive end room and we're going to attack it. Whoever is out there and whoever is on the sideline, we're going to cheer them on. I'm excited about the opportunity and glad he's back.”

The defensive line as a whole as played a lot of games, especially after being hit with last year’s injury bug, so Henry said they are looking to lean on their experience this spring and into the fall.

“We have a lot of leadership and a lot of experience up front, especially with myself, Xavier (Thomas), Myles (Murphy), (Justin) Mascoll, TD (Tyler Davis), and the boys in the middle,” Henry said. “We have a lot of experience, a lot of playing experience...I think the challenge this spring is going to be building depth. Like last season, we can't control who gets hurt. We can't control who has COVID. Someone has to go in and play and play at a high level. After being faced with that challenge, we have to be able to respond. There's definitely a bigger sense of urgency to build that depth and I think we're going to do a great job of it this spring.”

Following practice, Henry tweeted for The Avengers to assemble and based on the replies, we can assume the following: