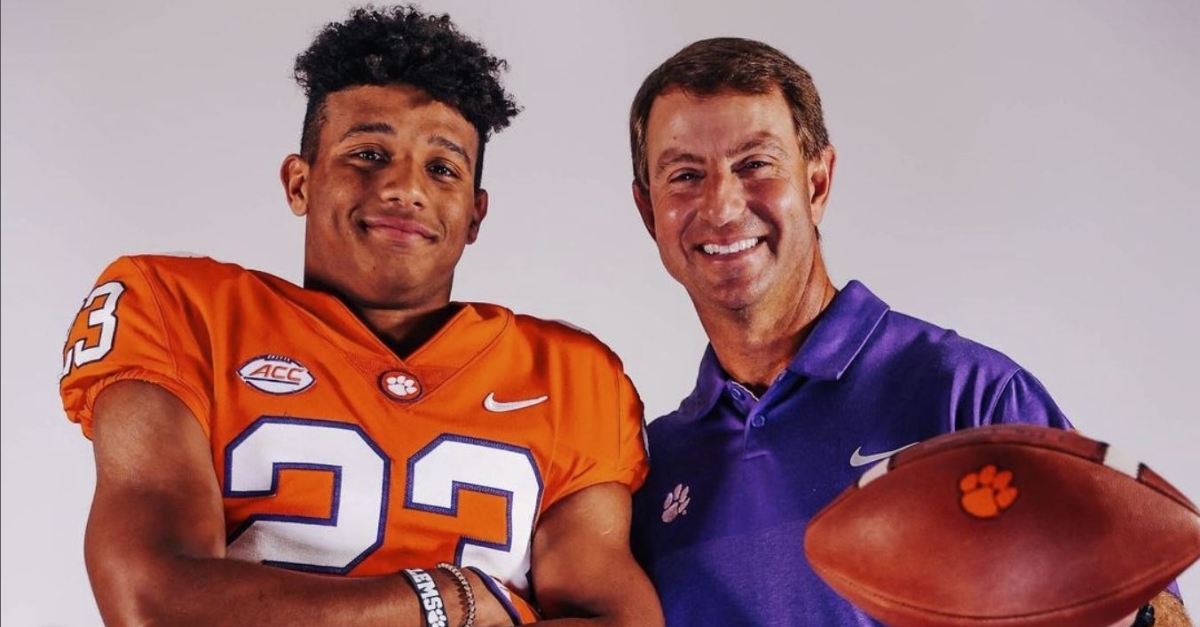 Clemson’s defensive recruiting has been on fire since the beginning of June, but many people have wondered if there are any offensive players on the horizon. CJ Spiller is hopeful that his top target at running back chooses Clemson once official visits are finished.

On Wednesday night, four-star Georgia defensive lineman Stephiylan Green, the nation’s No. 212 overall recruit, became the 11th class of 2023 prospect to commit to the Tigers in June. Clemson’s 10 previous June commits were already a single-month record for the program under Swinney.

Most of those commitments have been on the defensive side of the ball, but one offensive target might be close to making a decision.

At running back in the 2023 class, Clemson is going all-in right now on Jeremiah Cobb (5-11 186) of Montgomery (AL). The Tigers have also expressed interest in speedster Christopher Johnson Jr. of Fort Lauderdale, but he might be hard to pull away from Miami. Cobb will be at Tennessee this weekend after officials earlier this month to Clemson and Auburn.

Cobb has his decision down to the Tigers (ACC), the Tigers (SEC) and the Vols and will wrap up all his travels this weekend in Knoxville.

“I like all three schools,” Cobb said. “Definitely after this visit I have to sit down and think about it and end up making the decision.”

Clemson hosted Cobb for their major recruiting week of June 3rd. He was at Auburn last weekend. He’s also been to each unofficially.

“I definitely liked both of them,” Cobb said. “They were different in their own ways, but I definitely did like both official visits. It seems like both schools I have a great chance of playing and being successful. I’m definitely closer to the Auburn staff, but I still love the Clemson staff. I’ve been up there more times than I have at Clemson.”

As for what he wants to accomplish on this weekend’s visit to Tennessee, Cobb said the goal is simple.

“Just get to meet their staff and build a great relationship and see what they have planned for me,” Cobb said.

Cobb said he doesn’t have a decision timeline and it could be a couple of months before one is rendered.