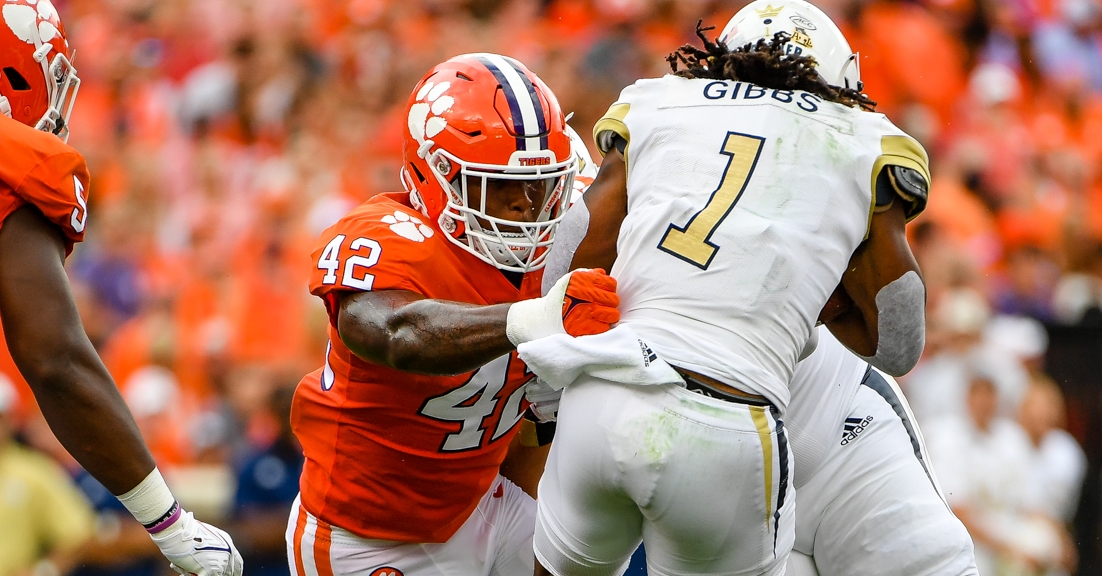 Bentley has played 145 snaps and posted 25 tackles (4 for loss) with one sack.

We're just over a week out from Orlando's Cheez-It Bowl on Dec. 29 with Clemson versus Iowa State.

Clemson's depth chart released ahead of on-site practices later this week gave a look into the roster after transfer portal exits and the like.

On offense, redshirt freshman Hunter Helms is officially the backup QB after Taisun Phommachanh went into the transfer portal. Joseph Ngata and Dacari Collins are listed as co-starters, with Beaux Collins and EJ Williams occupying the other starting roles.

On defense, LaVonta Bentley is the next man up beside James Skalski with Baylon Spector out for the bowl game due to injury. Bentley has played 145 snaps and posted 25 tackles (4 for loss) with one sack this season. Fellow redshirt sophomore Keith Maguire is listed as his backup.

One absence set for the Iowa State side that wasn't changed at publishing was star Cyclones running back Breece Hall opting out of the bowl game over the weekend.

See how the teams size-up below: