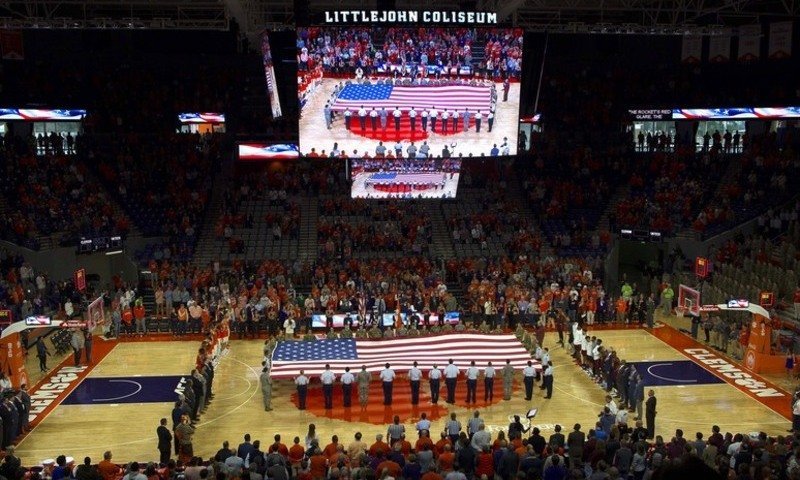 Clemson last had full capacity in the 2019-20 basketball season, where the last review is completed. (USA TODAY Sports-Joshua Kelly)

Clemson men's basketball revenue was slightly up in the latest department review.

Brad Brownell's program generated $9.3 million in the pandemic-shortened 2019-20 sports season, which ranked 58th nationally per Syracuse.com. Per that same review, Clemson's revenue ranked 10th in the ACC, while its spending ranked 13th in the league and 64th overall ($7.9 million).

To give an idea of what making the NCAA Tournament means, Clemson made $11.3 million in revenue over 2017-18, compared to similar spending of recent years ($7.7 million).

Clemson made the NCAA Tournament this past season after finishing fifth in the ACC. Reduced capacity for home games during the COVID-19 pandemic and that NCAAs bid will be at odds in that next department review.