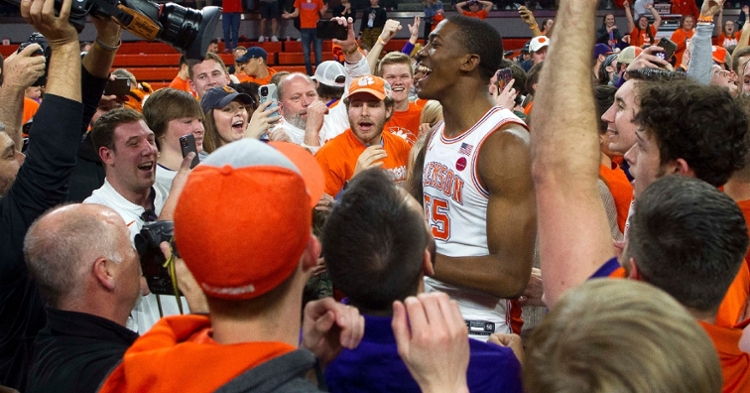 GREENSBORO, NC - After an impressive win against Miami, the Tigers are rewarded with a tough game versus Florida State. FSU is deep, experienced, and defensively able to apply pressure that not many other teams in the country have the ability to. The Seminoles are led by two All-ACC selections in Devin Vassell and Trent Forrest and are the tallest team in the country.

The Tigers are going to have to endure some runs and stay consistent with their effort all game long. Not much has changed when you play the Seminoles, you know what you are getting into in regard to their style of play. They are going to take you out of the offense and force you to make tough decisions with the basketball.

Because they are so long and athletic, FSU likes to get up and pressure the pass lanes. This is what makes them so difficult to run the offense on, but it also leaves room to make plays off the dribble. The Seminoles are very man-conscious, so that means they won’t exactly be the fastest to help side. In the last meeting, Al-Amir Dawes and John Newman were both able to be aggressive and finish around the rim. Newman with his athleticism and Dawes with his craftiness around the rim. This will again be crucial to the Tigers' hopes of getting a win.

Clemson guarded Miami in their first game very well but also struggled to finish plays off with a rebound. FSU is a different animal. Their athletes will crawl the backboard for second chances. The Tigers are undersized and absolutely have to rebound with all five players this game. Trent Forrest is big and physical at 6’5, but he’s also the smallest player in the starting lineup. Further emphasizing the need to rebound one through five.

Seminole depth is second to no one in the entire country. Leonard Hamilton plays 11 guys close to ten minutes or more. They keep coming at you and never quit, because quite frankly, they’re never tired. This may be an issue because of Clemson’s tight contest against Miami finishing less than 24 hours prior. This will be the ultimate gut-check game from a physicality standpoint and the Tigers will have to show some mental and physical toughness from a Seminole team that never stops competing. In their last contest, Clemson took six charges and was able to kill FSU’s rhythm every time they seemed to find their groove. These are the types of plays that Clemson will need in order to give themselves a chance.

Coach Brownell and company have their hands full this game. FSU is well-rested and ready to compete for a championship not only in the ACC Tournament but the NCAA tournament as well. The Tigers are capable but will need their best effort of the season to get a win tomorrow.

Make sure to hit that “follow” button on Twitter as I’ll be live-tweeting the game from the press box in Greensboro. I love going back and forth with the Tiger faithful about what’s going on during the game as far as strategy and a coach’s analysis is concerned. Twitter handle: @CoachTO22