It looks like you are using an ad-blocker. You may not have realized, but our team is mostly supported by ad revenue. TigerNet has provided free Clemson sports news for over 25 years. Help us keep doing that by turning off your ad blocker or joining our ad-free membership level. Thank you!
Go Ad-Free! Continue browsing TigerNet with your adblocker active with a monthly or annual Ultimate Level membership.
Allow sponsors to pay for your browsing Disable your adblocker on TigerNet and ads will fund your browsing.
Already an Ultimate Level member? Please Login | Need help? Contact support
BREAKING
Clemson RB enters transfer portal 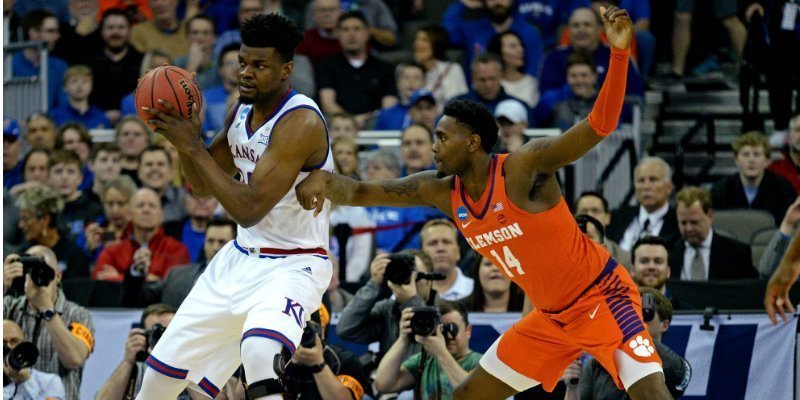 A close contest for much of the first half spiraled out of control for Clemson at No. 1 Duke Saturday, falling 87-68 in the ACC opener.

Clemson led with under six minutes left in the first half and trailed by seven at the half, but the Blue Devils opened the second half with a 14-0 run and extended their lead to as much as 28 points in the session.

Clemson's senior trio of Marcquise Reed (15), Elijah Thomas (14) and Shelton Mitchell (11) scored in double-figures but the next-best contribution was from guard Clyde Trapp and seven points. Clemson shot 37 percent from the field in the second half with three 3-pointers made in 11 attempts.

The loss was a 17th-straight for Clemson in Cameron Indoor Stadium.

Clemson vs Duke Box Score
Get the latest Clemson gear right here!
Comment on this story