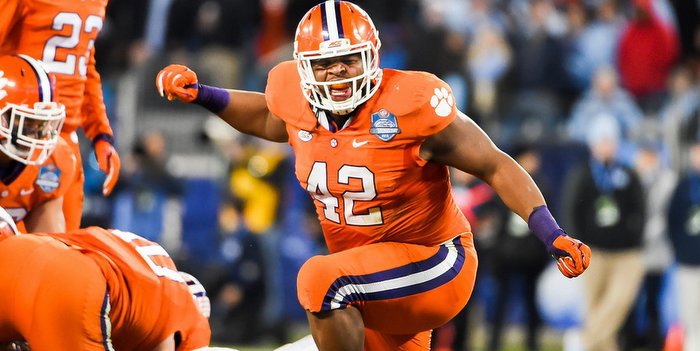 During the Bobby Bowden dynasty years at Florida State, the Seminoles usually played a difficult schedule. FSU took on the giants of college football and had three or four mega battles each year. They would play Florida and Miami annually. They would sprinkle in Notre Dame or Michigan or Nebraska or some other power, but the rest of the schedule had no chance to beat FSU in those years. Even in those games where FSU played bad, the Noles couldn't lose the Wake Forests, Dukes and North Carolinas of the world. Those teams didn't have the athletes to compete with FSU's C-game.

There were a few miracles mixed in. NC State beat the Noles a couple of times. Virginia got the Seminoles once. But most of FSU's bad losses came when the Noles' talent level dropped later in Bowden's tenure. In the glory years, only the elite had the ability to upset the Noles. Few had the talent to take advantage of the Noles' bad games.

Dabo and his staff have Clemson's talent level to where FSU was in those days. Look at the teams that have beaten Dabo in the last five years. He doesn't get beat unless the opponent has extraordinary talent.

And now that his talent level keeps getting better, the gap between the Tigers and most of the teams on the schedule widens each year. Let's face it, the number of teams capable of beating Clemson this season are very limited.

Yeah, I don't need to be reminded of what has happened in Atlanta in recent years, but Clemson has recruited at a completely different level, and Georgia Tech continues to fall. Paul Johnson is great at what he does, but the talent gap is too wide for me to lose sleep over this one.

We all know FSU has to be considered one of the top teams in the country this season and the November trip to Tallahassee might be the game of the year in college football.

The only other team capable of beating Clemson this year may surprise you. I believe the second best team on Clemson's schedule this season is Louisville. Bobby Petrino had a talented, but young team last season and we watched them grow up a year ago. Lamar Jackson is a dangerous quarterback who will continue to improve under Petrino, and this offense could be explosive. Don't be shocked to see a great Cardinal team enter Death Valley this season.

Dabo preaches "best is the standard" and you always want to play your best, but the fact is most teams on the schedule have no chance, even against Clemson's C-game.