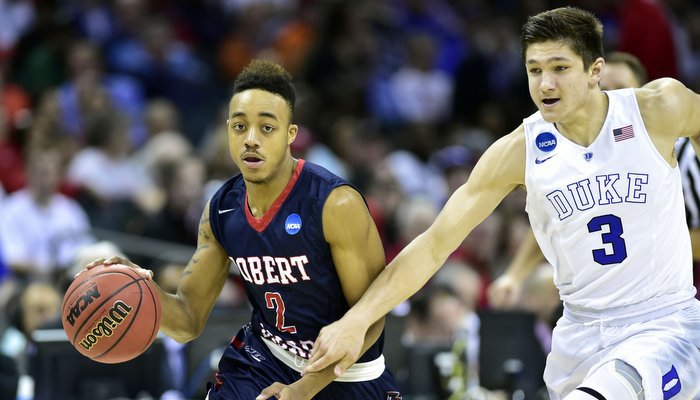 The next 11 games on Clemson's basketball schedule represent a tremendous opportunity for this team and this program.

I always thought this was going to be a tough season for Clemson basketball. They were playing in Greenville while Littlejohn gets its facelift. The roster had depth issues, and the league would be extremely difficult. Therefore, I had lowered my expectations for this team this year.

On the other hand, I have huge expectations for next season. There should be excitement about the new facility. The roster gets better when Jaron Blossomgame, Donte Grantham, Avry Holmes, Siddy Djitte, Gabe DeVoe and Ty Hudson have another year of experience. The great news is the addition of transfers like Marcquise Reed, who averaged 15 points per game as a freshman at Robert Morris. The wing had 22 points against Duke in the NCAA tournament that season. Shelton Mitchell transferred in from Vanderbilt, and he should be an upgrade in the backcourt as well. Finally, Elijah Thomas transferred in from Texas A&M, and he is a former top 50 player who could change the post for the Tigers.

So my original thoughts were that Brad Brownell might be under a little pressure entering next season. Next year will be his best team, and it would be time to break the NCAA tournament doubt.

But a funny thing happened. This year's team turned around a dreadful start. They went on a five-game winning streak. For the first time in school history, the Tigers beat three straight ranked teams. This team put itself in the NCAA tournament picture.

Now the entire outlook of the program can change. If the Tigers can find a way to make it to the NCAA tournament this season, instead of heading into next season with some pressure on the program, the Tigers could be building momentum. They could enter next season on a high note. They could have developed all of these Greenville fans and could bring them over to Clemson next season for the most talented team in Clemson basketball in several years.

I have a couple of friends who always complain about how Clemson basketball gets no respect and always takes a backseat to football in the media. My response is that if they win, the perception changes. Dabo talks about changing from within first and once you win games you get respect. Clemson basketball has a great opportunity to change its image and advance the program in the next 11 games.