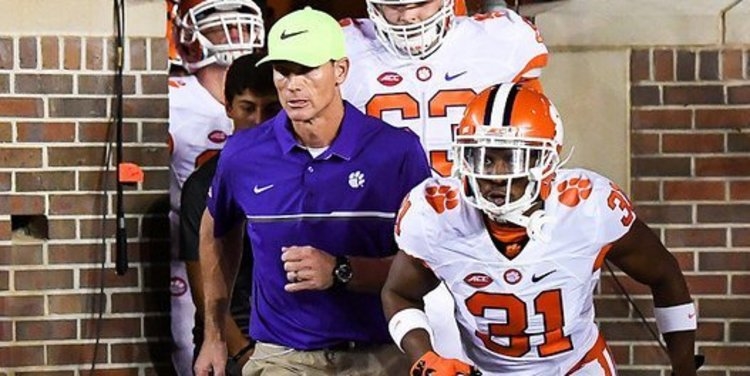 Venables has an elite defense at Clemson

Several Clemson football coaches are currently visiting recruits in Florida before the recruiting dead period from Dec. 18 through Jan. 12.

It appears in the photo below that the group had a great time together at the beach for the non-traditional in-home visit.

Last week, there were multiple reports that Arkansas had interest with Venables in their recent head coaching search (Chad Morris now hired).

Venables was brutally and refreshingly honest about his future to Jones Jr. and his family.

"He (Venables) knows a lot of coaches who are in other programs that had jobs and how everything seems good with people saying the money is better and stuff like that," Jones Jr. said to TigerNet on Friday. "But he says he loves what he does. He loves not having to worry about all the extra stuff with trying to be a head coach. He basically gave us his word that he is not going to leave. He loves Clemson. His kids love it. He loves the area. He knows when he goes home (back to Clemson from Florida) he is going back to the same coaching staff. He just loves not having those type of worries."

In home visits on the beach???? #ALLIN 30 more days! pic.twitter.com/GPi2hyfHIl