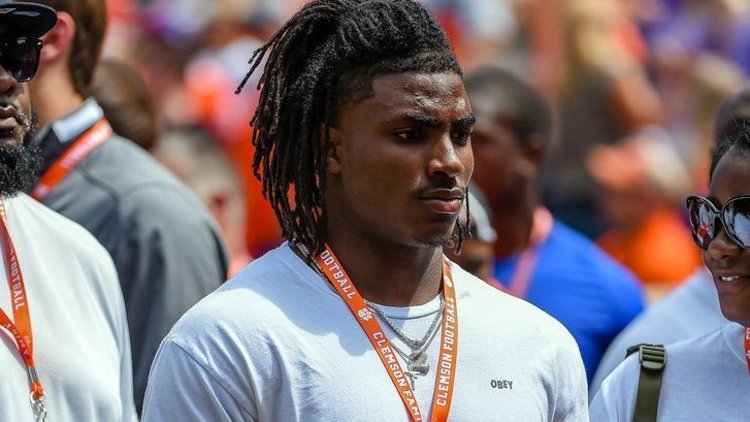 Pryor is a sixth commit from the state of Georgia for Clemson.

Pryor is the second pledge from Georgia in less than a 24-hour span after 5-star defensive end Myles Murphy joined the nation's top-rated recruiting class on Friday. Pryor is the 16th 2020 commit overall and a sixth from the state of Georgia, also joining offensive linemen Paul Tchio and John Williams and linebackers Sergio Allen and Kevin Swint.

Pryor, who is currently rated as a three-star prospect, picked up all-region honors as the top two-way player in his area and added a Clemson offer in March. He selected the ACC's Tigers over LSU, South Carolina, Auburn, Georgia Tech and Georgia (no reported offer up to his announcement.

Pryor says he felt like he was a part of a family with Clemson in the recruiting process.

“It is a place that has a great vibe and a place where I feel like I am at home and feel like I am around family,” Pryor told TigerNet ahead of his announcement.” I have a good relationship with Coach (Tony) Elliott. We talk almost every day and I feel like I can talk to him almost any time. He tells me there is a good chance that I will get to play early. All I have to do is come in and compete because Travis Etienne will go to the draft after next year...”

Pryor described what he brings to the Tigers.

He is a second RB commit for 2020, joining 5-star Demarkcus Bowman.

It don’t matter if I’m FROWNING cause I know they SMILING... COMMITTED???? #ALLIN

Clemson: We Too Deep!

Today is ANOTHER GREAT DAY TO BE A CLEMSON TIGER!!! #ALLIN #WE2DEEP20

Welcome to tr family bro and Like DJ Khaled says “Another One” and we ain’t done yet we just getting started ?? #ALLIN?? https://t.co/aLIJLJ6ADq