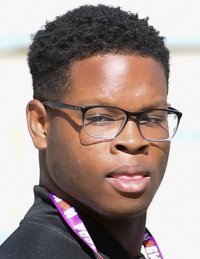 One of the top defensive ends in the nation who is listed as one of the top 10 overall players in the nation by ESPN.com, 247Sports and Rivals.com … consensus five-star prospect by every service … will play in the U.S. Army All-American Bowl on Jan. 4, 2020.

Played for Phillip Ironside at Hillgrove High School in Marietta, Ga. … as a senior in 2019, posted 53 tackles, including 19 tackles for loss, 10.5 of which were sacks … had a fumble recovery and a blocked kick … in 2018, had 55 total tackles, 16 tackles for loss and seven sacks … helped team to the quarterfinals of the state 7A playoffs and the team finished 12-1, the most wins in school history … committed to Clemson at the school’s spring game prior to his senior year.

Committed to Clemson on May 17, 2019 … recruited to Clemson by Brandon Streeter and Lemanski Hall … his father, Willard Murphy, played at Chattanooga and his older brother, Maxwell, played at NAIA school Worcester Polytechnic in Massachusetts … plans to follow his brother as an engineering major and has expressed aspirations of becoming an architect … wore No. 98 in high school … plans to enroll at Clemson in January 2020.