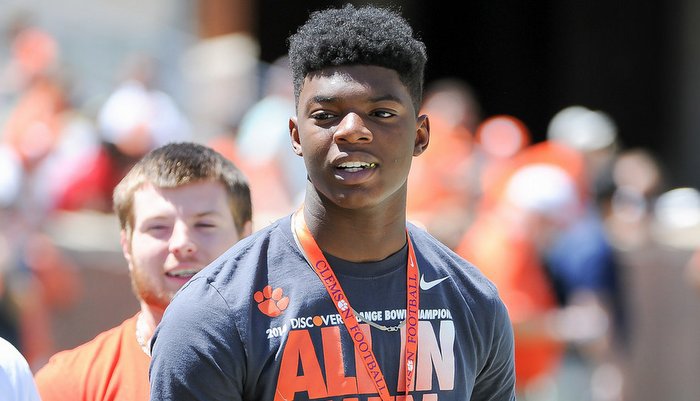 Clemson 2016 quarterback commit Zerrick Cooper was awarded the Cam Newton 7-on-7 offensive MVP for his impressive display at the IMG national 7-on-7 tournament back in June 2015.

TigerNet spoke with Cooper briefly on Monday morning, and is anxiously waiting his time as a student-athlete at Clemson this fall. He has been trying to improve his quarterback mechanics and study offensive schemes so he will be prepared when he enrolls.

Cooper helped lead his team this past season to an 11-2 record and their first conference title in many years. Cooper won the region championship for Jonesboro for the first time since 1949 (66 years) and made it to the Elite Eight.

Honored to win offensive MVP and a custom pair of cleats ???? pic.twitter.com/6LC8yTR8Us