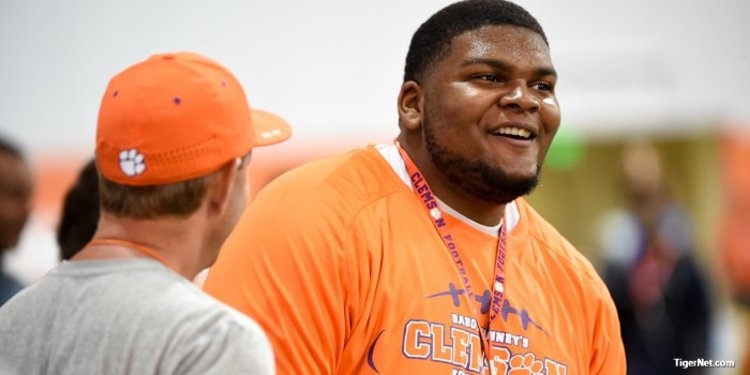 5-star Atlanta (GA) Pace offensive lineman Jamaree Salyer was supposed to take an official visit to Clemson this weekend, but he informed TigerNet that he has canceled the trip.

Salyer had announced a top-two of Clemson and Georgia, but the cancellation of his plans, adds to speculation that he is Georgia bound when he announces his commitment in December. However, contrary to reports, Salyer told TigerNet he has no plans to visit Georgia this weekend.

All is not lost though, Clemson will host 5-star Knoxville (TN) Catholic OL Cade Mays and 3-star Roebuck (SC) Dorman OL Jordan McFadden this weekend for official visits, along with several other uncommitted prospects for the current 2018 class.