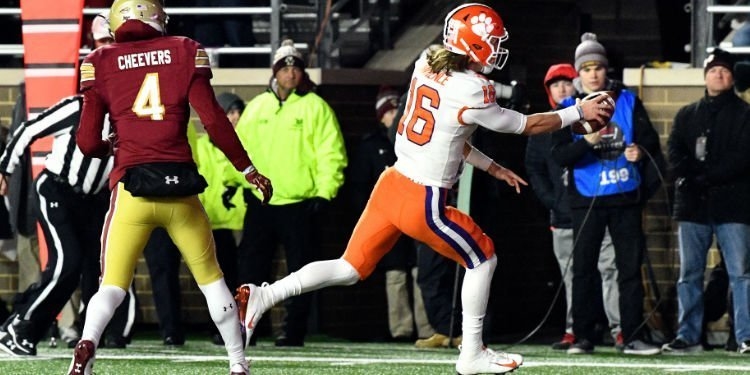 The Clemson-Duke game will be at 7 p.m. so Lawrence will get his first game action under the lights at Memorial Stadium.

"I'm excited. Obviously, I came to a bunch of them as a recruit, but I have really haven't gotten to experience one," he said. "I'm really excited. It's going to be a good challenge for us this week. I am just excited to have another week of preparation and be in the valley for Saturday night."

In Clemson's 27-7 win over Boston College, Lawrence passed for 29-for-40 for 295 yards and two touchdowns (1 passing, 1 rushing). On Monday, he was named ACC Rookie of the Week for the fourth time this season. He became the first Clemson player to earn four Rookie of the Week selections from the ACC since Sammy Watkins in 2011.

For the season, he has thrown for 1844 yards, ACC-leading 19 touchdowns, and only four interceptions.