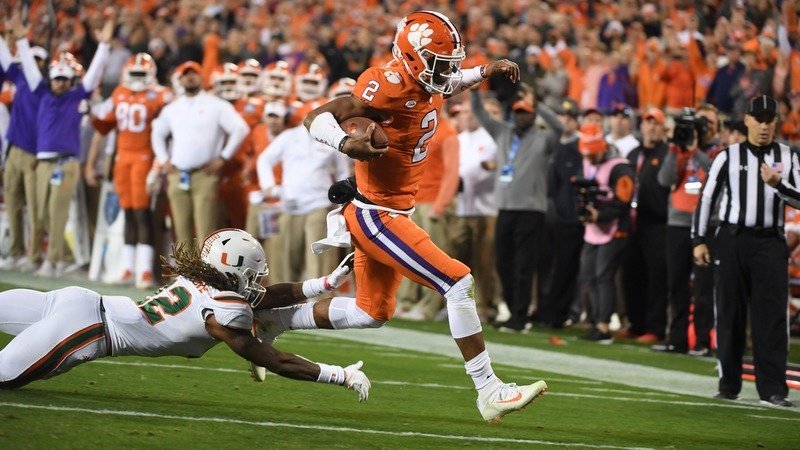 Former Clemson quarterback Kelly Bryant appears to have plenty of possible suitors as Miami reached out to him according to a Tuesday report by 247Sports.

Miami head coach Mark Richt told reporters during his press conference Tuesday that he is always looking for more talent at every position.

"We are always on the lookout," Richt said. "I do think the young quarterbacks (on roster) are talented and they have the skillset to get the job done. I think they are learning as they go. I do believe these guys have the ability to get it done, but we are always open-minded about finding ways to get us better at the quarterback position and every position across the board.”

Bryant helped Clemson win the ACC championship against the Hurricanes last season going 23-for-29 passing for 252 yards and a touchdown.

The former Clemson quarterback has been busying visiting several colleges in the last month including visits to North Carolina, Arkansas, Missouri, and Auburn.

Bryant has scheduled a visit to Mississippi State this weekend and has also been in talks with Florida.