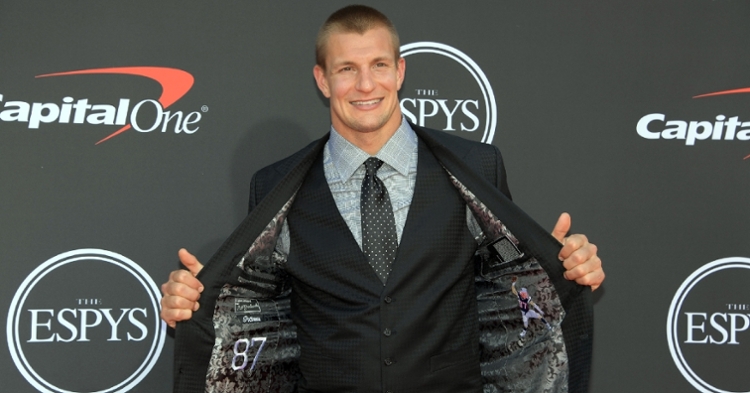 Bucs tight end Jordan Leggett heard the news and immediately joked on Twitter that he would sell his jersey number to Gronk for $1 million.

"Hey @RobGronkowski, I'll give you #87 for 1 million," he posted on Tuesday night.

The Bucs didn't mess around as later that night, Gronk's jersey number was assigned to 87 on their website, and Leggett's number was changed to 81.

No word yet if Leggett got any money on the switch, but the team obviously wants to sell a ton of Gronk jerseys as fast as possible.

Leggett has a ton of competition at tight end with Gronk, O.J. Howard, Cameron Brate, and Antony Auclair all looking for reps in the future.