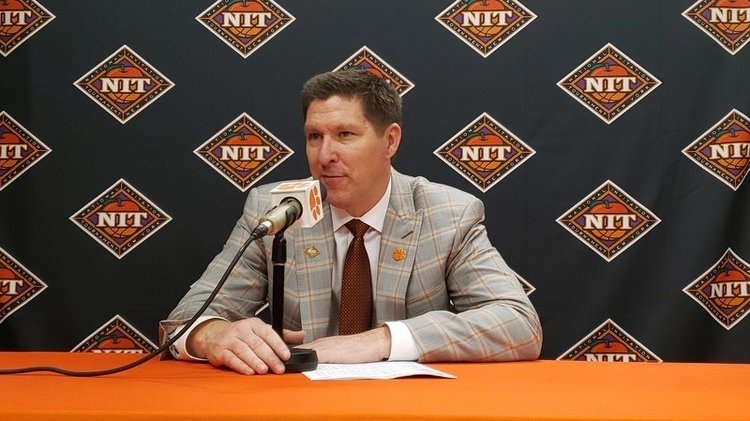 The Clemson Basketball season is over by the hands of a hungry Wichita State squad in the 63-56 loss on Sunday afternoon in Littlejohn Coliseum.

The Tigers (20-14) played hard but couldn't finish some plays around the basket or make a run shooting going just 2-for-14 on three-pointers.

Clemson head coach Brad Brownell told the reporters after the game that his team just didn't have it against the Shockers.

"We tried hard today," he said. "We just didn't have it. You could just see. We looked a little bit slow and a little tired. We were probably a man or two short. Just didn't have enough juice to keep the game going."

Brownell knows that this team played hard all season.

"You hate it for them because you know they are trying and when you get kids that work like that and represent your University very well, these guys have been terrific."

"Every little possession matters," Mitchell said postgame. "We had about seven possessions that didn't go our way and that affected a lot of things. Overall you can't just look at the negatives and learned a lot of positive things too."

"This year didn't go the way we wanted it to. To play huge parts in two seasons and win 20 games in (back-to-back) seasons - I don't know how many times that has happened in school history. And to have a (Sweet 16) banner we did a lot for - that's huge. It doesn't feel great right now but it doesn't take back the great times we have had and what we've done."

The senior guards said thank you for the memories via their Twitter accounts: