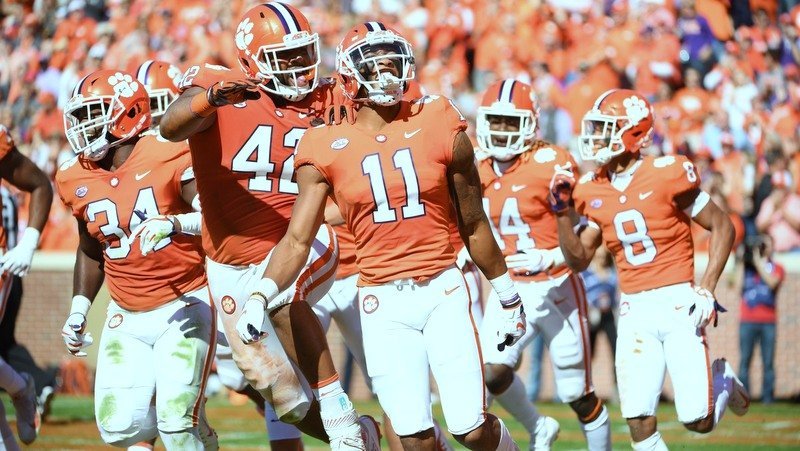 ESPN's resident NFL draft 'Guru' Mel Kiper Jr. is back for another one of his big boards, this one is of the 2020 variety.

Kiper highly values Alabama and Clemson players as nine of them (36 percent with 6 Alabama, 3 Clemson) were selected out of his top 25 player rankings.

Isaiah Simmons was projected No. 12 overall and the highest rated linebacker on the board.

"We often talk about linebackers who are perfect for the current NFL," Kiper said. "That means three-down players who can run, tackle, and cover. You don't see many 250-pound off-ball linebackers anymore, and that's because tight ends would torch them in coverage. Simmons, a converted safety, is a linebacker who is perfect for today's pro game. He is extremely athletic and can run sideline to sideline. He had 89 total tackles and 9.5 tackles for loss last season."

Four picks later Tee Higgins was listed at No. 16 overall and the third highest rated receiver.

"Clemson keeps producing elite wide receivers, and Higgins could be next in line," Kiper said. "What stands out is how well he uses his 6-foot-4 frame to take advantage of his mismatch against smaller defensive backs. Here's an example of Higgins boxing out a cornerback for a touchdown. He did that often last season, catching 59 passes with 12 touchdowns. Higgins is also a stellar athlete who has improved as a route runner."

Travis Etienne was ranked as the No. 20 overall prospect and the top running back available.

"The lone running back on my Big Board, Etienne is a game-breaker with electric athleticism, quick feet and power to break arm tackles for big games," Kiper said. "He rushed for 1,658 yards last season and averaged 8.1 yards per carry, and he's in line for another monster year in 2019. Where I'd like to see him improve is as a receiver; he has only 17 total catches over the past two seasons. Clemson has a ton of weapons, of course, but first-round running backs need to be three-down players."