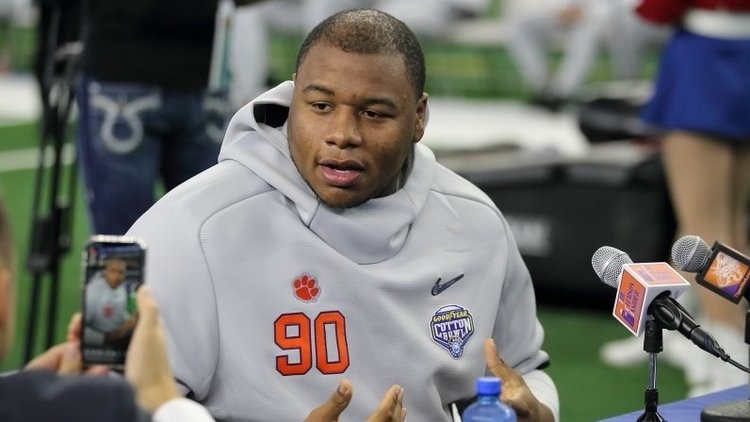 Clemson coach Dabo Swinney was available for members of the media Monday to preview the upcoming National Championship game between No. 1 Alabama and No. 2 Clemson.

Swinney was asked if he had heard anything about the appeals for three suspended Clemson players including standout defensive tackle Dexter Lawrence, as well as offensive tackle Zach Giella and tight end Braden Galloway.

"I have not learned anything...since Thursday," Swinney said. "Obviously we played and traveled all day yesterday, but Dan Radakovich is leading that front, and I know that they'll be having some meetings and stuff today and trying to figure out what the moving-forward process is going to look like. Obviously we don't have a lot of time for this game. I'm hopeful that maybe something positive will come out, but I don't know anything at all.

"And then beyond this game, we've got – there will be an appeal process that our players for sure will want to battle because there's consequences for next year. Dexter obviously has the ability to go pro, and with Zach and Braden, Zach has got a year left, and Braden is just going to be a sophomore. There's a longer runway for dealing with that and the process that's in place and what they've all got to do, but I don't know anything at all as far as relevant to this game."

News broke last week that all three were found to have a trace amount of ostarine in their system, which is a banned selective androgen receptor modulator (SARM). Lawrence addressed the positive test result at media day for the Cotton Bowl.

“I don’t know where it came from, how it got there. I was raised differently," Lawrence said. "If I did do it I’d own up to it, but all I can say is I honestly don’t know what happened or how it got in. It’s just there. There’s nothing I can really do about it.”