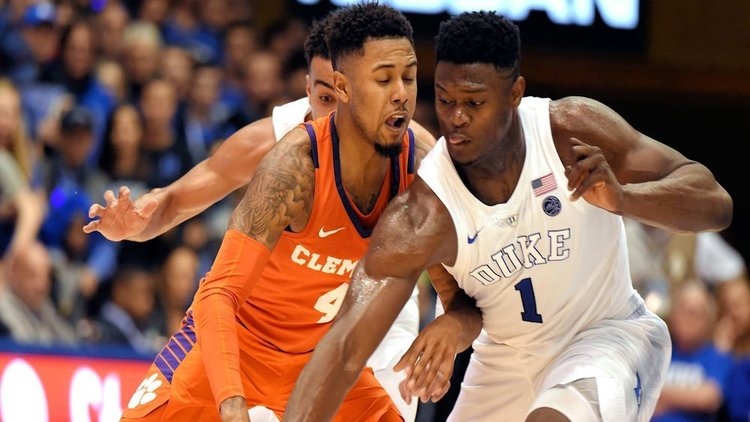 Swinney like most of the nation has been fascinated by Zion's rare combination of speed and power at 6-foot-7 and 285 pounds and wondered how the impact freshman would have performed on the gridiron.

"The only guy who I think could be better than [Ross] is this Zion kid you've got," Swinney said. "I'd put [Williamson] at tight end or wideout or [defensive] end or wherever he wanted to play. We might even put him at quarterback."

"Put him in the wildcat," Swinney laughed. "No doubt."

Williamson had a football scholarship from LSU even though his high school didn't have a football team.

The sports world probably won't see Williamson play college football as he is more than likely one and done at Duke and headed for the riches of the NBA.

What position would @ZionW32 play in football ??@ClemsonFB coach Dabo Swinney: “I’d put him at TE or WR or DE. I might put him at quarterback.”