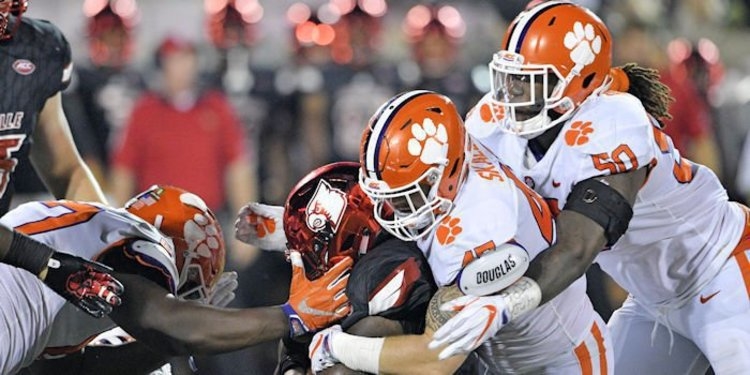 Jackson completed 21-for-42 passes for 317 passing yards and two passing touchdowns. He also had 21 rushing attempts for 107 yards on the ground. However, most of his stats came after the third quarter when Clemson had their third-team reserves in the ballgame as Louisville kept their starters in to try to make the game appear close in front of a national audience.

The talented signal-caller was asked by a reporter after the game if that was the toughest defense he has faced in college.

“Uhh..in my career in college, nahh we just didn't play our game today. We came out flat; we weren't scoring points. The offense did a horrible job tonight. It's on all of us.”

The reporter told Jackson that they didn't get a third down conversion in the first half and to discuss that.

"Not doing what we were supposed to, their defense beat us to the punch. They did a great job I'm not going to lie. The defense played a great game for Clemson, and we just didn't execute. Like I said before, we weren't doing what we were supposed to. We kept getting off the field and kept putting our defense out there. Eventually, you know they are going to get tired when you keep putting them out there with a fast pace offense. They did a great job on offense as well.”