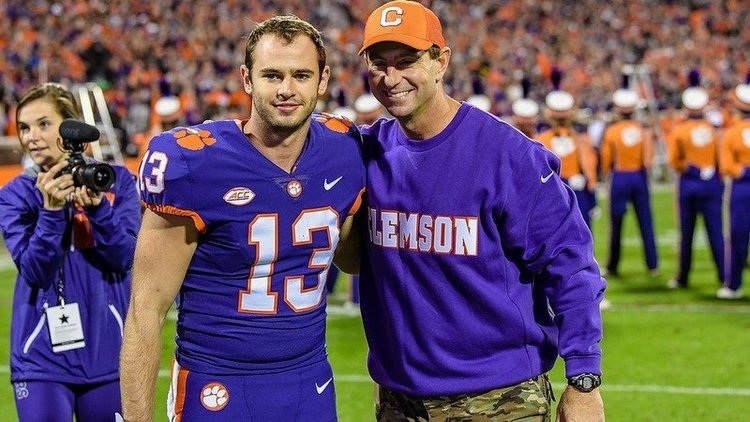 Renfrow was selected 149th overall by the Raiders in the 2019 NFL Draft. Spotrac projects his contract to be worth $2.8 million with a signing bonus of $573,686.

Renfrow was one of three Tigers selected by the Raiders last week. Defensive end Clelin Ferrell was picked No. 4 overall and cornerback Trayvon Mullen went in the second round with the No. 40 pick.

He appeared in 55 games and made 47 starts for Clemson, totaling 186 receptions for 2,133 yards with 15 touchdowns. A two-time third-team All-ACC selection (2017-18), the 5-foot-10, 184-pound wide receiver left Clemson with school records for starts by a receiver (47) and consecutive games with a reception (43), while also holding the College Football Playoff record with 37 receptions and four touchdowns in seven career CFP games en route to two National Championships in 2016 and 2018.

A native of Myrtle Beach, S.C., Renfrow finished his collegiate career ranked fifth in school history in receptions (186) and 11th in receiving yards (2,133). He was named the winner of the Burlsworth Trophy, an honor given to college football’s most outstanding player who began his career as a walk-on, while also winning the Bobby Bowden Award, an accolade awarded to the Division I player who most epitomizes dedication to faith, family, friends and football. In 2018, he started all 15 contests and recorded 49 receptions for 544 yards with one score.