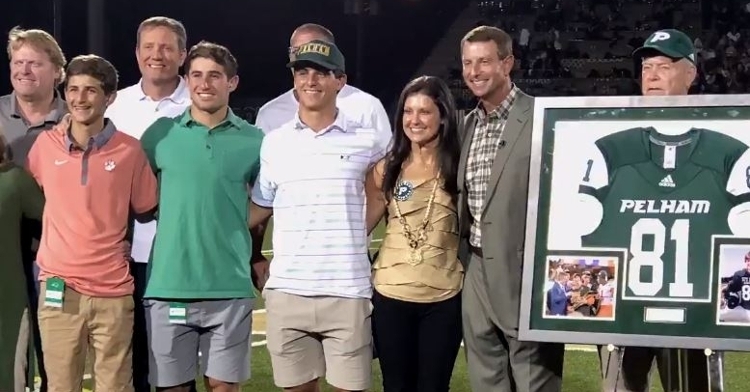 “It’s really special. Everything started at Pelham, Alabama for me, so it’s an honor to come back home and receive this recognition," Swinney told reporter Rick Karle. “I am just so thankful and grateful for the moment.”

Swinney spoke to the fans in attendance at half-time and also was included in the ceremonial coin toss before the game.

.@ClemsonFB coach #DaboSwinney won big on Thursday. On Friday, he was back at his alma mater in AL to have his #81 retired at Pelham High School.

.@ClemsonFB coach & former @AlabamaFTBL WR #DaboSwinney has his HS #81 retired at Pelham HS in Alabama.#Dabo "If God can take a mess like me & make a message, He can help you, too."

Dabo Swinney head @ClemsonFB coach and former panther is being honored at Pelham High School tonight, he handled the coin toss as well! What an honor for these kids. @abc3340 pic.twitter.com/eiBAAlRmMO