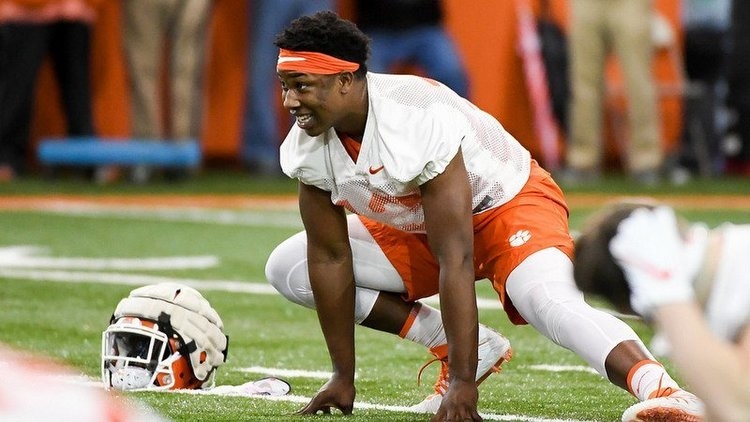 Clemson head football coach Dabo Swinney announced on Sunday that true freshman defensive end KJ Henry will try to redshirt the 2018 season if possible. The Winston-Salem, N.C. native has played in four games this season and is eligible for a redshirt under the new rule if he doesn't play another snap this season.

"We're going to sit tight on him," Swinney said. "We really wanted to go into the season and get him ready and just be committed. Through six games, he played in four of them. I think he played well at Wake. He's ready if we need him, but he really wants to redshirt if we can. We wanted to have him ready. So if we needed him, we wouldn't be starting from scratch. We're going to hold tight on K.J. and he's excited about that. Right now we're in a position where we can hold him. We'll see how that plays out. If it all works out, we're going to throw him in that weight room and he's going to be a special player here."