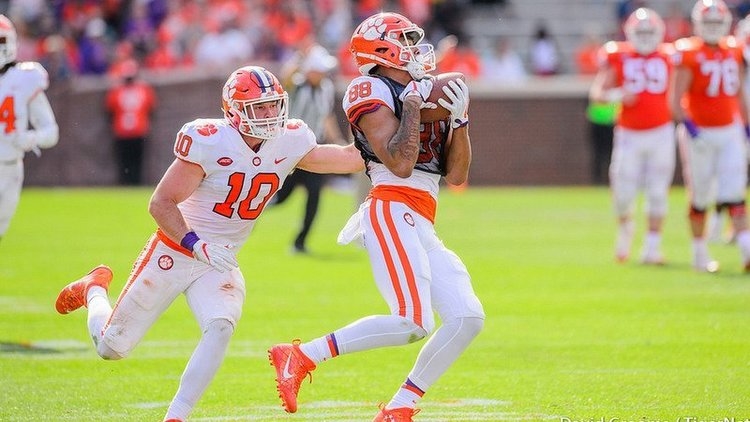 Braden Galloway recorded five catches for 52 yards and a touchdown in 87 snaps over 12 games last season.

Clemson athletic director Dan Radakovich said Friday that the school is asking for an additional 45 days "to gather results of information" they are putting together for an appeal of a suspension for current Tigers Braden Galloway and Zach Giella.

Galloway and Giella, along with former Tiger Dexter Lawrence, had to sit out the Playoff games and would face a year-long suspension for a trace of Ostrarine (a selective androgen receptor modulator) being found in their NCAA drug tests in December.

"We are working through that process right now," Radakovich said. "We are getting ready to ask for and will be granted an extension so that we can continue to build that case...

"I think it has (had progress). It’s just very slow because it is out of our hands. we have sent some things off to be tested and the results have not come back yet."

Radakovich said that they hope to have results on tested substances "in the next couple weeks."

Galloway tallied five receptions for 52 yards and a touchdown in 87 snaps over 12 games last season. Giella, a reserve offensive lineman, has played 170 snaps over three seasons as a Tiger.