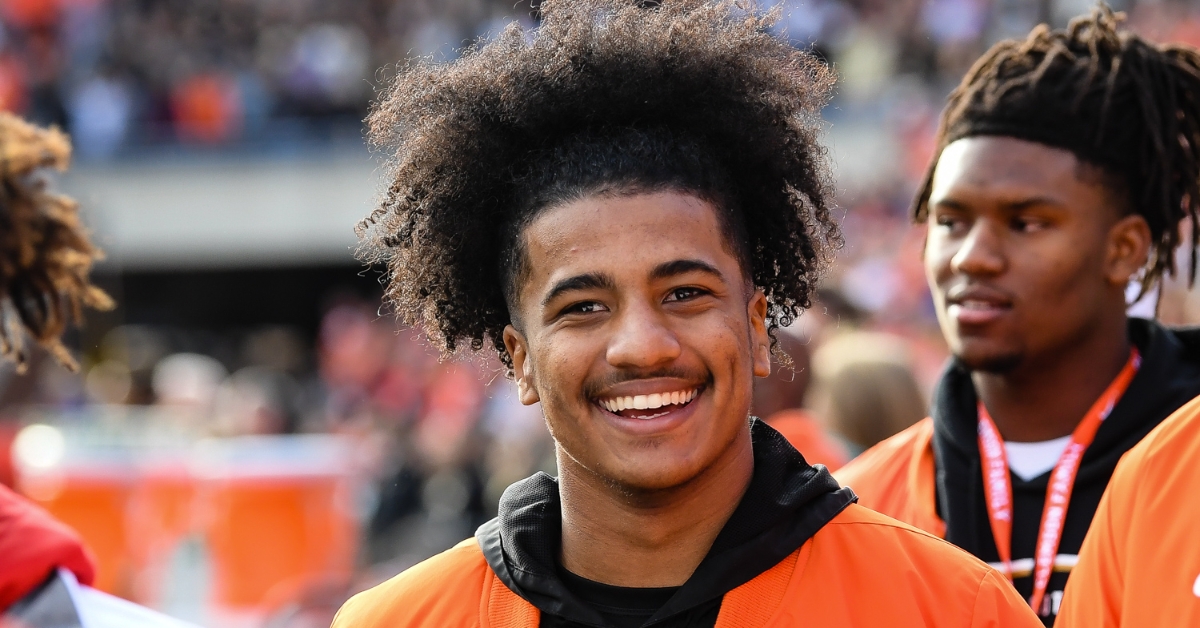 Sergio Allen was a four-year starter at Peach County.

CLEMSON – Brent Venables loves his linebackers, and now he has three new ‘backers to coach up.

The Clemson coaching staff signed three linebackers for the 2020 recruiting cycle during the early signing period earlier this week.

The first linebacker on the books was Sergio Allen out of Fort Valley (GA) Peach County, a defender that Venables calls a monster and a force.

“He’s the total package. He's got an incredible personality, he’s really outgoing and well-spoken,” Venables said. “He has tremendous humility, comes from a great family. He comes from a great program, a very tradition-rich program there with Coach (Chad) Campbell, the coach at Peach County High School. They know how to win, and they coach toughness if they coach anything else, and Sergio epitomizes that. But he’s great in the classroom. Great in the community, he's a giver of his time and is a great teammate, and has just a very, very thankful spirit to him and just he's going to be a monster on the field. A force.”

Kevin Swint, out of Carrollton (GA), was a four-year starter and one of the most productive defensive players in the state of Georgia over the last four years. Swint recorded 41.5 career sacks among his 359.5 tackles, and he was an outstanding leader who was a three-time captain as voted by his teammates.

“Kevin's been a great player for them since his freshman year, just as Sergio was at Peach County,” Venables said. “Kevin's a heavy-handed, thick, downhill linebacker. He has been tremendously well-coached and he has great skill as a pass rusher. They bring pressure with him a lot in their 3-4 defense. He's got concrete his helmet. Really, really sharp, intelligent young guy. Football is in his blood. His dad was a great player down there in Georgia as well in high school, and his brother's a college football coach as well. He's one of the premier linebackers in all of high school football.”

Clemson picked up the third linebacker in the class last weekend. Five-star Trenton Simpson visited Clemson for bowl practice, picked up an offer and committed to the Tigers almost immediately. Simpson was committed to Auburn until October but focused on receiving an offer from his dream school.

“He's everything you look for. He's everything that we sell on our program,” Venables said. “And so to have that, and then to have a thankful spirit as he does and just an appreciation for the opportunity for the experience of being a Clemson Tiger is awesome. For us, it's just a lot of endearing qualities. And, you know, he’s the player of the year in the state of North Carolina. Trenton really again epitomizes what it is to be a leader and to be a person of excellence and a great student. A tremendous football player who is just scratching the surface. He has only played linebacker for a year. The best is yet to come for him.”