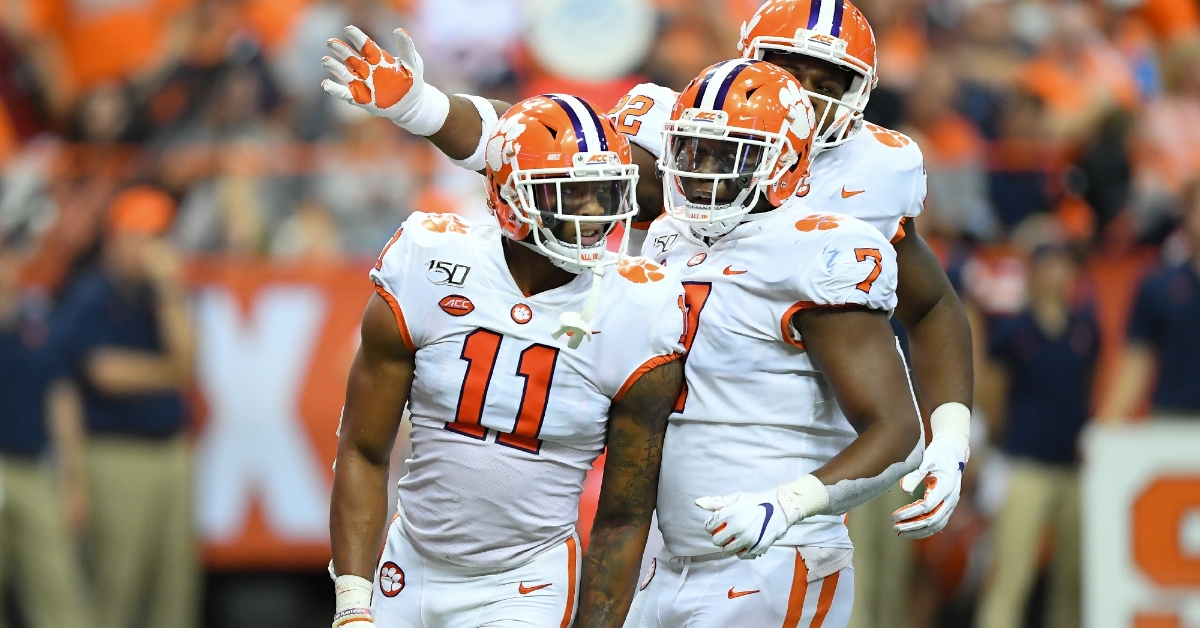 Isaiah Simmons is one of the nation's best players.

Old Twinkletoes has turned into one of the nation’s best players.

Clemson linebacker Isaiah Simmons is putting together the type of season that earns a player All-American honors and a hefty paycheck when the NFL comes calling.

Simmons is 16th nationally in tackles for loss (10) and sits atop Clemson’s tackle chart with 59.

Coming out of high school, Simmons was a 6-foot-4, 205-pound safety who was projected as a wide receiver by multiple Big Ten schools. Clemson head coach Dabo Swinney told the media Tuesday that Simmons would not have worked out at wide receiver or tight end – saying Simmons didn’t have the hands for offense – but has found a home on defense.

“He's a unique talent. Watching him on tape in high school, I thought he had a good chance to be really good,” Swinney said. “Pretty early on when he came in here, he was like a young giraffe running around. It was elbows and knees. He was just excited to go to college. But what showed up early was his physicality. He likes it. His pure athleticism showed up, but he needed to learn a lot of football and needed to get into the weight room.

“A lot of development needed to take place. We redshirted him and he matured and got more serious about things. Last year he got his first chance to start. He was a little shaky early. He's just gotten better and better. The game has slowed down for him. It was down to Nebraska and Michigan when we were recruiting him." 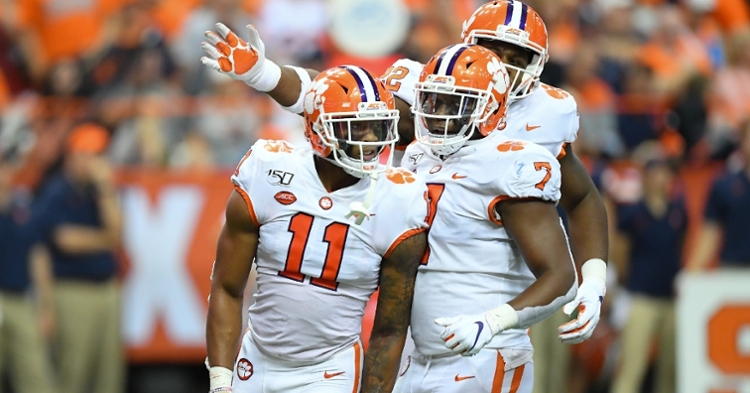 Isaiah Simmons is one of the nation's best players. "

“When he showed up and started running around and fall camp, I thought just how aggressive he was. You know, a lot of young guys come in and they're just timid,” Venables said. “I nicknamed him Twinkletoes and that made him mad. He would tend to run around stuff and I was just trying to charge him up. It worked. It's easy. He's really easy (to make mad). Like Georgia Tech a year ago, I didn't play him. I started Jalen Williams and he got mad. I didn't think he was ready. I wouldn't have done that if I had thought he was ready, but I just didn't know.”

Swinney agreed that Simmons had to learn how to prepare.

"He's kind of the same guy. Early on he was a guy who didn't really know how to prepare. He's a very smart guy,” Swinney said. “I just think he handles himself like a pro. He's going to be a great pro ... something special. He's what everyone is looking for. He's that hybrid guy who can cover and play first, second and third down. He could legitimately play safety. He could make all conference for us at three different positions. I'm sure he's tough on himself. He's always got a great spirit about him. The team loves him. I don't ever see him down or mad. He's just a happy kid. He takes his job seriously. He's always trying to please Brent. He's not the easiest guy to play for."

Simmons is excellent in run defense or pass defense.

“Now out in the field he'll run and strike. He's really developed into an all-around player,” Venables said. “When he first got here, just he was a runner and hitter from the get-go. Very, very aggressive. He has a great work ethic. A lot of humility. Finished the year strong. And him just realizing the flaws in his game, the weaknesses in his game. And I think he worked hard at, at bridging the gap in regards to his knowledge and other positions within the defense and that allows him to play. Just making more plays, the plays that are there. And that allows him to play with a little more aggressiveness and then not giving up plays, you know, just doing his job. So I think there's a lot of things that he worked on, but as much as anything else, his understanding of his position and then our total defense. And then again, he's got a tremendous work ethic and I think he's put in a lot more time. He'd be the first to tell you - just studying the game and studying the game plan and understanding it from a coach's perspective as much as he can.”