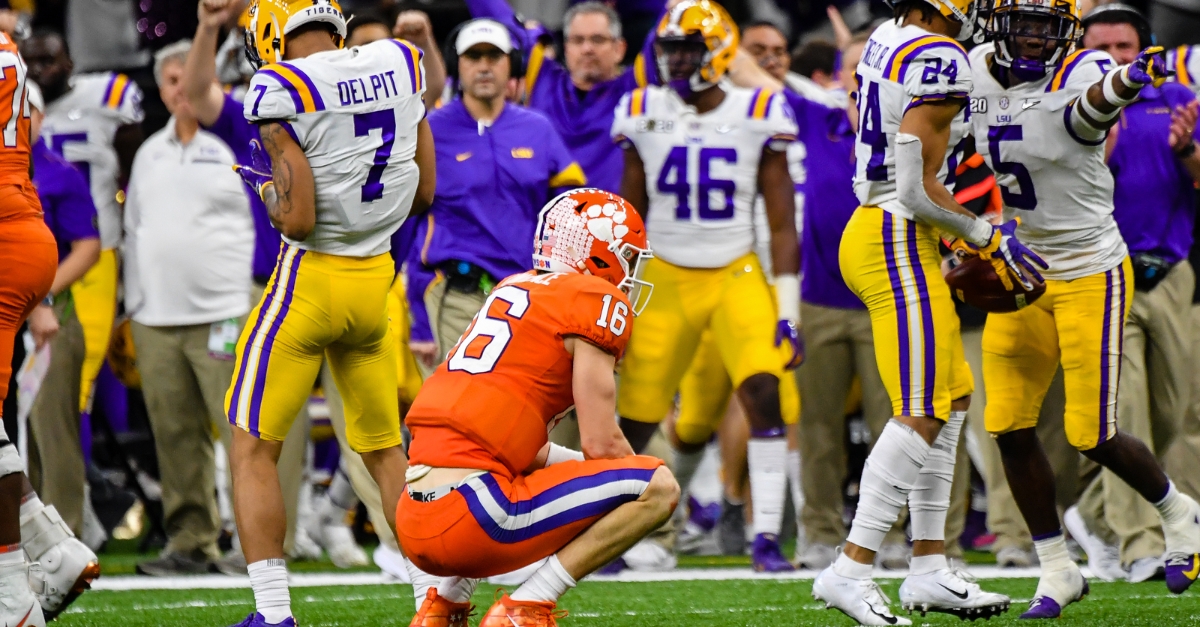 Lawrence reacts to the late fumble against LSU.

CLEMSON – Trevor Lawrence sprinted onto the turf Wednesday afternoon, each step exercising his body and exorcising the bad vibes from the Tigers’ loss to LSU in the National Championship. It was evident that Lawrence was ready to get back to work.

“It feels good to be back. We got a good group. It's different, you know? The first spring practice is always kind of weird because you see all the guys that are gone and the new guys that are here,” Lawrence said. “It's just a lot of fun getting back to work, especially after last season—great season but it didn't end the way we wanted.”

Against LSU, Lawrence had what some might say was the worst performance of his college career. He finished 18 of 37 passing with no touchdowns and a fumble in the final quarter that ended the little hope the Tigers might have had.

"It's a different feeling. It's almost easier to come back after you lose that game,” Lawrence said. “You're ready to get started again. When you win, you're like, 'All right, let's let the offseason be like another week longer and enjoy it.' But you're ready to get back, especially when you lose in that last game.

"You're feeling that loss for a little while, probably about a week. Then you're kind of sitting around. School is already going so you're having to do schoolwork. So, you're ready to get back working and get back with this new team and start building something."

What went wrong against LSU?

"It was a combination of a lot of things. LSU played well. They did some things that were really good defensively,” Lawrence said. “Also, I missed some throws. Missed some throws down the stretch that were really big. It comes down to that, and a lot of little details that you really only know if you're a part of this offense. Overall, not syncing up well offense and defense together. Just wasn't our night."

Lawrence took time to dissect the game and his part in it but is now ready to move forward with a new season.