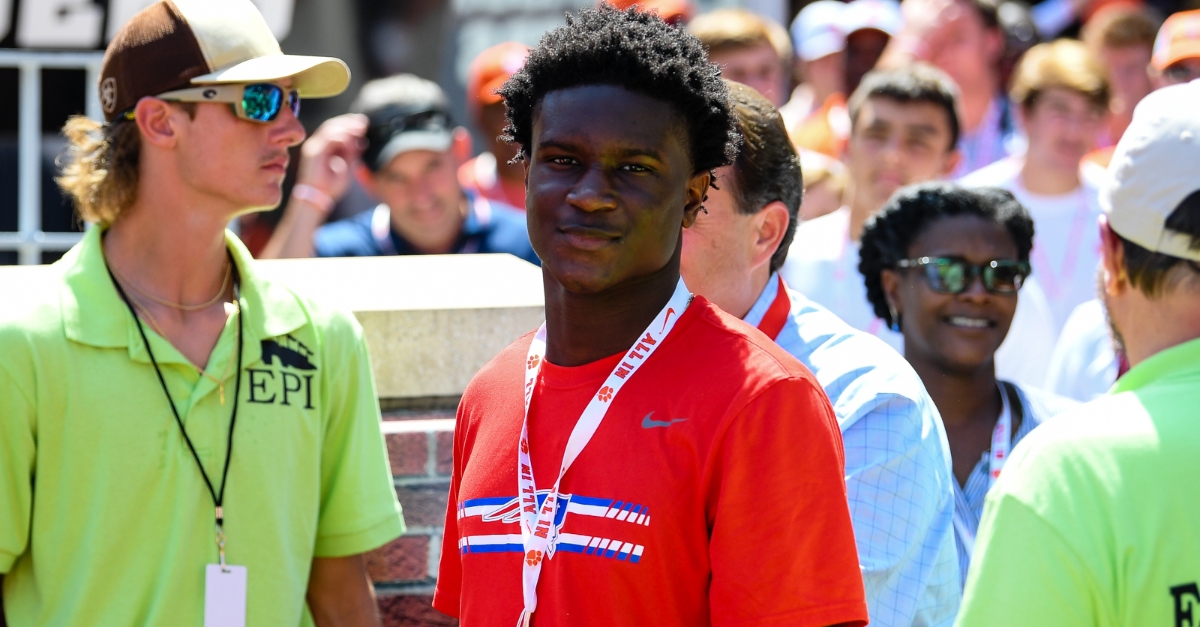 One of Clemson’s priority targets at cornerback is set to make his college decision.

Kamari Lassiter is a 4-star corner out of Tuscaloosa (AL) American Christian Academy who received a Clemson offer earlier in July, and now Lassiter has said he will make his college decision about the time of his first football game this season.

His first game is set for August 21st, so he’s in a three week window for making his decision. Lassiter has a final six of Clemson, Auburn, Alabama, LSU, Georgia and Florida State. He said all remain involved and he’s done a virtual tour with each program.

The Clemson offer changed the way he viewed his recruitment.

“I definitely have to reevaluate everything,” Lassiter said after the offer. “I’m definitely going to have Clemson into consideration. I was somewhat surprised by the offer. There was a little bit of communication but there wasn’t as much as you would think. I was very surprised. I definitely know a good bit about Clemson. It’s a winning program. There’s not much more you can say about it. I feel pretty good about it. I feel the same about them as I do everyone else.”

“We’ve been talking frequently about life and football,” Lassiter said. “How I would fit in their scheme and how they feel Clemson would be a fit for me. He likes that I’m not afraid to hit and he likes that I play cover-2 pretty well. He also likes my intelligence, my football IQ and my aggressiveness.”

Lassiter camped at Clemson last summer, so he has a good feel for the campus and the program.

“I feel pretty good about Clemson,” Lassiter said. “They are definitely a school I’m interested in. It’s kind of hard not to like Clemson.”

Last season, Lassiter had four interceptions and broke up six passes. He also plays receiver and had 41 catches for 513 yards and 15 touchdowns. He’s rated a three-star prospect in the 247Sports Composite and ranked the No. 25 cornerback prospect in the country.