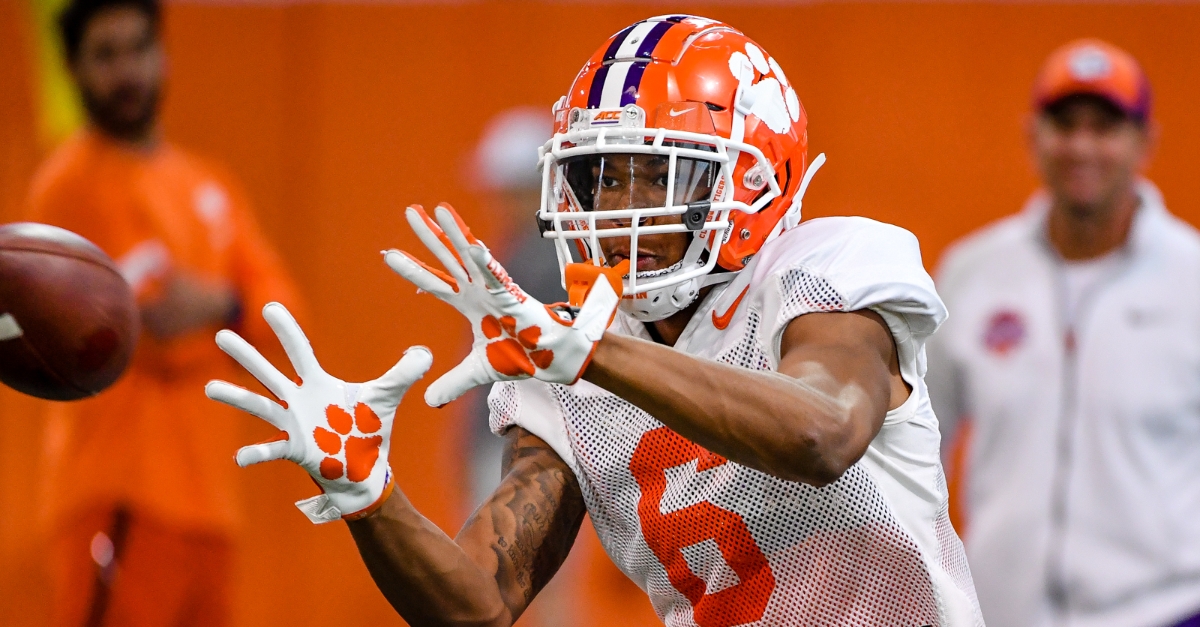 EJ WIlliams should see plenty of playing time this season.

Don’t expect EJ Williams to be the next Justyn Ross. Just expect him to be the best and only version of EJ Williams.

Ross will miss the 2020 football season as he recovers from recent surgery, and one player expected to help step in for Ross is his former teammate at Phenix City (AL) Central High School, EJ Williams.

Williams enrolled early and participated in the truncated spring practice, opening eyes along the way, and his former head coach is not surprised.

He’s also not surprised at the comparisons to Ross, but cautions they are also different.

“Well, each one is their different person, but EJ is a person that's got a lot of the same abilities. He's a long stride guy. He is very long,” Jamey DuBose said. “EJ's strength is his arm length. He's extremely long in that area. But once again, tremendous hands. EJ, as far as a route runner is a really good route runner. I think the difference between the two, in my opinion, is that Ross was kind of a guy in the recruiting process who could play either the slot position or play outside.

“His routes were so smooth and so good. I think EJ is that outside only guy, I don't know how much inside receiver you'll see him at. Again, I've not talked with the coaches there, but just thinking and looking at EJ, he's more of an outside type guy. I told EJ when he went there, I said, ‘You're going to have to up your game because there are a lot of good ones out there, especially at that school.’"

DuBose said Williams didn’t back down from the competition.

“But it's something that he wanted to do. He wanted to go to the school that had the best wide receivers that you can go to,” he said. “And he turned down a lot of other places that I could tell you, he would play as a freshman going in, to go in at Clemson and play as a freshman right now is very difficult. I hope he can. Do I think he can help? Yes, I do. I don't know what their plan is with him right now. I think he had a good spring going on when it was canceled. So that's very positive.

“I think EJ is another guy though, that can be like Justyn Ross. I never compare the two. They always tried to do it when EJ came in after Ross. And I said, ‘Ross is his own man. EJ is his own man. And they're both going to show their different techniques and their different styles.’ So, I'm going to be anxious to see and see where it is. But I do expect EJ to be able to contribute quick to the program.”