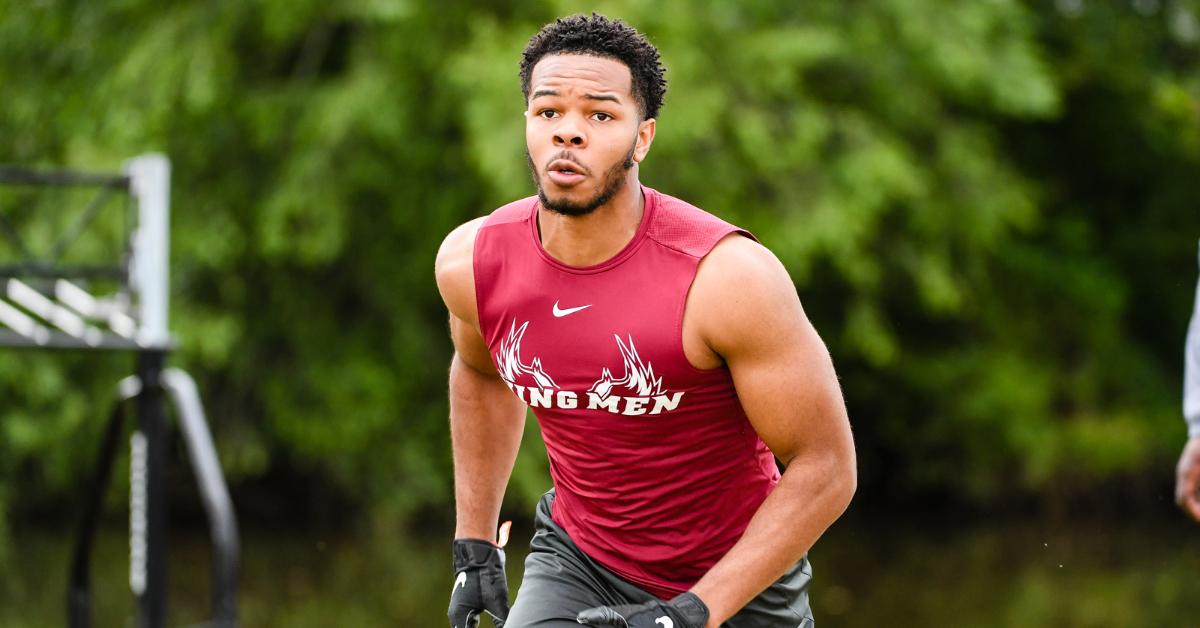 Jeremiah Trotter, Jr., has the right pedigree to play linebacker.

The Philadelphia (PA) St. Joseph's High School Class of 2021 linebacker is the son of former NFL standout Jeremiah Trotter, who played in the NFL for 12 seasons.

Both father and son made their way to Clemson last week for head coach Dabo Swinney’s high school camp, and the younger Trotter left town with an offer from defensive coordinator and linebackers coach Brent Venables.

“I worked out at camp he (Venables) watched me work and do drills and he told me he liked the way I move,” Trotter told TigerNet. “He told me that they had already had their eye on me and that they had watched my film. He said I looked really good on film. But he said that watching me go through the drills and seeing how I move sealed the deal.”

Trotter currently lists 20 scholarship offers, and he’s taken unofficial visits to two schools - Ohio State and Syracuse. However, he will spend the rest of this summer preparing for his high school season.

“Right now, I don't have anything else planned as far as visiting other schools,” Trotter said. “I am going to concentrate on my training and trying to get better for the upcoming season. I haven't really thought a lot about recruiting right now, I am just kind of going with the flow and working and I will let all of that work itself out when that time comes.”

When does he hope to make a decision?

“I have to talk to my parents, but we are thinking that we want to have a decision made by around this time next summer,” Trotter said. “I think by then we will have a pretty good idea of where we want to go.”

Trotter is ranked the No. 9 inside linebacker for 2021 class by 247Sports.

Very glad to announce I have received an offer from Clemson #goTigers?? pic.twitter.com/Qiy1PNK4sB