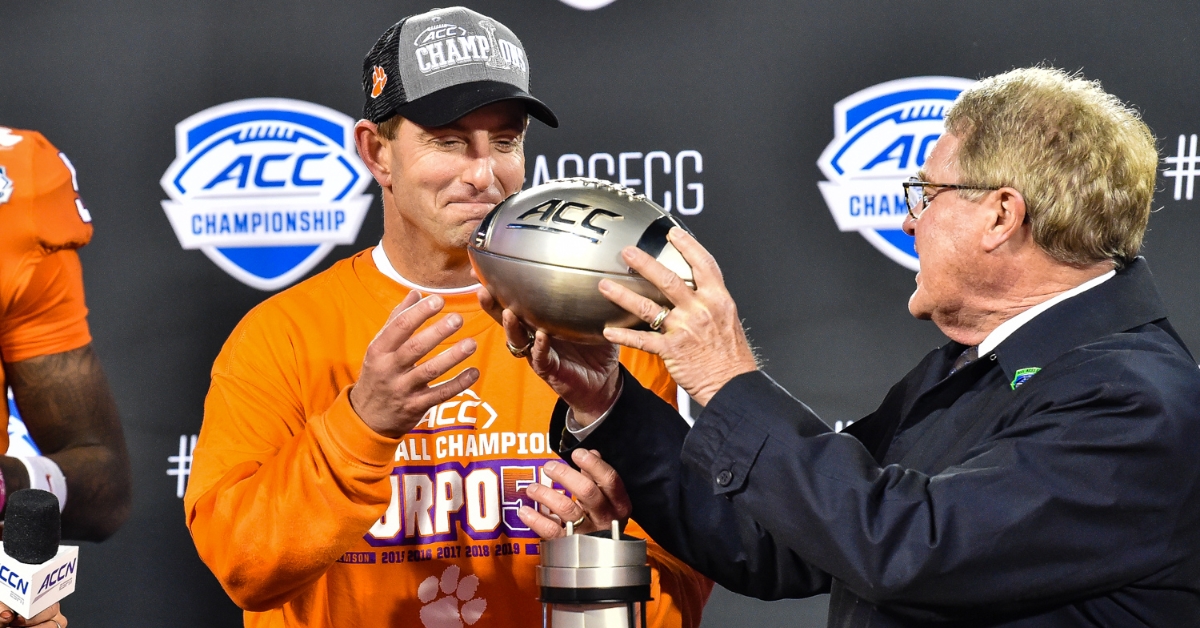 Tee Higgins set a pair of ACC Championship record as part of the most explosive offense in the country right now.

TigerNet tackles game No. 13 for the Tigers with the key takeaways and game grades.

What we know about Clemson football (game-week 13)

* What do we know about Clemson football through 13 games?

No team is more explosive right now. During its “Championship phase,” Clemson leads the country in both scoring (53.2 PPG) and 20-yard plays (42) since November.

Add those components to a coaching staff unmatched in postseason success in the tier and the Tigers give the 2-seeded Ohio State Buckeyes plenty to think about over these next couple weeks.

Look at any total efficiency metric and the obvious weak point for Clemson comes on special teams, as they rank 120th according to ESPN FPI and 103rd with the SP+. Inconsistency woes in placekicking and a general lack in punting effectiveness likely won’t be solved over the holidays -- just staying a part of this 2019 team into the Playoffs. The FPI and SP+ measures are widely divergent on the CFP competitors' special teams: Ohio State (No. 18 in SP+; No. 62 in FPI), LSU (No. 8 in SP+/No. 82 in FPI), Oklahoma (No. 28 in SP+; No. 79 in FPI). SP+ likely factors placekicking heavier with all three teams having kickers hitting field goals at an 83 percent rate or better -- Ohio State’s Blake Haubeil 4-for-4 on attempts of 40-plus yards (only 12 total field goal attempts; Potter has a 63.2 FG make rate and is 5-8 on 40+ attempts). -- Brandon Rink

* Clemson has been dominating college football for more than this year, but don’t think they don’t enjoy it. In fact, they take time to stop and smell the roses. 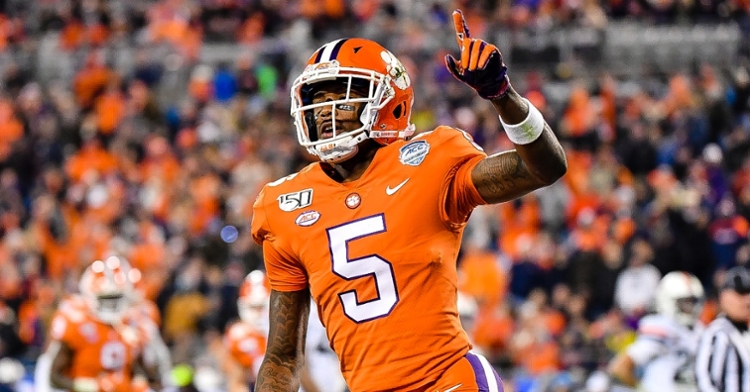 Tee Higgins set a pair of ACC Championship record as part of the most explosive offense in the country right now."

Clemson quarterback sat down in a chair for his postgame interview session after the ACC Championship Game and told the media that even though the Tigers had just won a fifth straight ACC title, there was plenty of joy along the way.

“Our team does a really good job of enjoying the little things. And this isn’t a little thing,” Lawrence said Saturday night after the win. “Winning five ACC championships in a row is a big deal. And Coach Swinney has told us, ‘Stop and smell the roses. Enjoy every moment.’ Because [if] you keep looking ahead to what’s next, you miss out on stuff like this. So we really wanted to enjoy it.

“And we understood that if we don’t win this game, we don’t have a chance at the playoffs. So, there’s a lot of excitement that comes with that, too.”

Lawrence completed 16 of 22 passes for 302 yards and four touchdowns and later admitted that there wasn’t much the Cavaliers could do to stop the Clemson offense.

“[The Cavaliers] did a lot of stuff with soft corners, a lot of Cover 3,” Lawrence said. “They started switching it up probably the middle of the second quarter, played some more Cover 2, tried to press a little bit more. But I think our receivers did a really good job of recognizing different coverages and making good decisions on their routes.”

The receivers – especially Tee Higgins – were dominant. Even if they did stop and smell the roses along the way. -- Nikki Hood

* It was one of the most dazzling performances of the year.

When Virginia took the opening kickoff and marched down the field, the Virginia writers sitting in front of me in the pressbox sat up a little straighter and started to really dial in on the proceedings. After all, a Virginia win would be a monumental upset and would sell a ton of papers. Was an upset brewing?

Nolan Turner’s interception didn’t change the demeanor much, but touchdown after relentless touchdown dimmed their ardor as the game progressed. No upset that night. Not with this Clemson machine obliterating anything and everything in its path.

Eventually, with Tee Higgins making brilliant catches and Trevor Lawrence delivering throws only the best NFL quarterbacks can make, they actually started to smile. Why? Because this team is fun to watch. Even if you have to write about a blowout.

One media personality said he started the season in Ohio but has since moved. He said he has told his compatriots back in Ohio that they better be ready for something a little different than they’ve seen this season from the likes of Penn State, Wisconsin and Michigan.

“This is a different kind of cat they are getting,” he said. “I told them they haven’t seen anything like this.” -- David Hood

Clemson averaged its highest yards per play versus an FBS opponent this season (9.24) and third-highest in CFBStats’ records going back to 2009. Virginia had no answers for a Tigers offense that finished its Playoff bid with an exclamation point.

After being singled out by a Yahoo report last week, Tanner Muse seemed to have a bulls-eye on him from the Cavaliers offense and they hit some big plays, but overall, Virginia wasn’t allowed to further any hopes of a tighter contest. The net result was still only 17 points -- three turnovers forced limiting the Cavaliers' ability to cash in on some drives.

The final box score reads 2-for-2 on field goals for BT Potter, although his game-long of 47 yards did come after being afforded two extra chances (a timeout called before one snap and then a Virginia penalty). Will Spiers only had to come off the sidelines once and landed his attempt inside the 20. The return game was largely quiet although Clemson did avoid some early disaster on a fumble from Derion Kendrick that fell conveniently into the arms of Sheridan Jones.