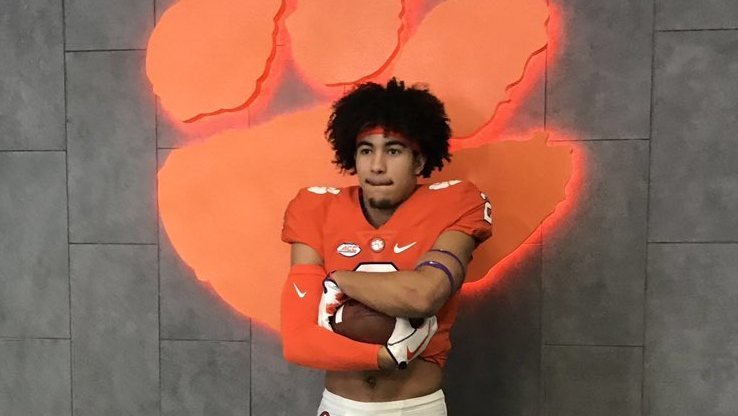 Clemson recruiting continues to have a national footprint.

One of the top prospects from the West Coast made the trip to Clemson earlier this week when 2020 4-star running back Sam Adams of Sammamish (WA) Eastside Catholic stopped by as part of a multi-school swing through the southern part of the country. His dad is former NFL defensive tackle Sam Adams, who spent 14 years in the league.

He boasts 39 offers – including Ohio St., Florida, Florida St., Auburn, LSU, USC, Penn St., and Texas A&M (where his father played). He stopped by Alabama Thursday, and it’s notable that neither of the teams that played in this past year’s title game has offered.

Adams told TigerNet that running backs coach Tony Elliott established contact last fall, and he wanted to drop in and see the campus.

“I loved the Clemson visit, I had a great time,” Adams said. “Their plan for the players outside of football and life after college was what really stood out most to me. I was with my Aunt there and she loved it as well. Coach Elliott mentioned that there are still a few boxes he wants to check off before they offer. If I have free time I would like to come back.”

He spent time in Tuscaloosa Thursday.

“It was really good, I enjoyed learning about Bama and meeting the coaching staff,” Adams said.

*Another prospect that stopped by this week is Brayden Wood, a 2021 defensive end prospect out of Longmont (CO) Fairview. He counts Colorado St., Syracuse, and Texas Tech among his early offers. His brother Austin is a junior pitcher at Furman, and Wood managed to see his brother while taking a visit to Clemson.

“My brother had his opening weekend and I had a four-day weekend, so it worked out. I called Coach (Todd) Bates and got a quick visit set up and went down there Monday,” Wood told TigerNet. “This visit focused more on the academic side - we visited a lot of the academic buildings and saw that side of campus. I got a good feel for their business program, which is what I want to do when I get to college. I saw where they are getting a new $80 million business building, which should be done by the time I get there.

“Coach Bates told me to keep grinding as a player and keep working and he wants me to reach out to him twice every two weeks and check in and make sure everything is good. He really wants me to stay in contact.”

The visit made a good impression.

“This was hands down the best visit I've had so far. I was able to sit down with Coach Bates and my family, and we went over what Clemson can offer me and what they can do to make an impact on my future,” Wood said. “We also had a great conversation with Coach (Brent) Venables - we have a lot of mutual friends from when he was at Kansas St. and we were able to open up about my life and his life. Clemson is easily going to be one of my top schools. This visit was an eye-opener to me. I want to get the recruiting process over as soon as possible, so I'll talk to my family and pray about it.”

"It was really good," Bresee said. "Had a really good time and got to spend the whole day with about the whole coaching staff, so it was a really good day. That was my fourth time down there so we've gotten to go down there a lot and check it out a bunch. We got to spend a lot of time with coach Smart and got to break down some of my own game film with coach Scott, the defensive line coach. Just got some quality one on one time with the defensive coaching staff and coach Smart. He just tells me how I fit into the scheme of things and how I could thrive in that system."

Bresee also has made multiple visits to Clemson, the last one in late January. He said he's looking at another visit with the Tigers, possibly for the spring game, but nothing has been decided on that. He said he hears daily from recruiters Brent Venables and Todd Bates.

He plans to get back to some other schools he's already seen with Maryland likely to get a visit for one of its remaining basketball games.

Bresee said he has no order to the schools yet and plans to take a couple of official visits in the spring. He said his decision could come before his season, or he might wait until it's over.

However, he says the Tigers have opened the lines of communication.

"They are showing me a lot of interest right now," Phillips said. "They say I'm at the top of their board for my position and they are trying to get me up there around the coaches and everything. They talk to me and tell me where I'm going to play and I feel like I will fit into their scheme well. And they are coming off a national championship and that's really big. They're playing top football." 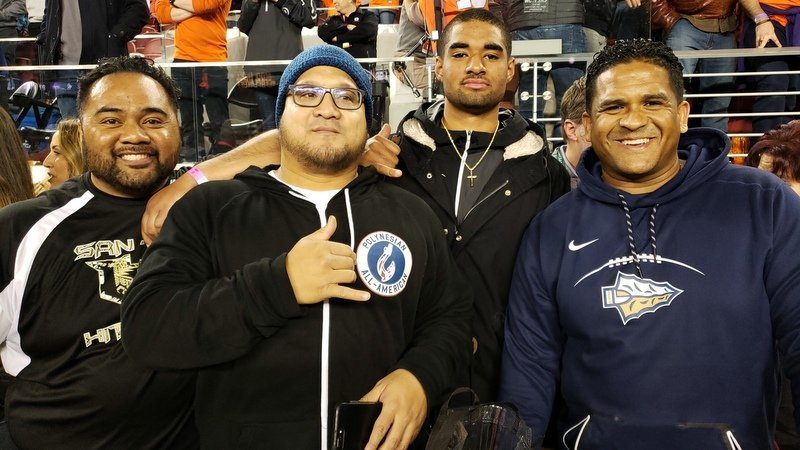 Phillips also has visited Kentucky and Virginia Tech. He is going to Wake Forest next weekend, North Carolina the weekend after that, Clemson on March 9th and East Carolina March 23rd. And he plans to visit USC again for spring practice.

Phillips said he'd like to make his decision coming out of the spring or early in the summer.

“Coach Caldwell really wants to get me up there for camp,” Mirabal told TigerNet. “I know a lot about Clemson. I’ve been up there three times already. I love the family atmosphere that you feel when you go visit.”

*Top 2020 quarterback DJ Uiagalelei injured his hand – but rest easy, it’s not his throwing hand. Uiagalelei cut the tendon on his left hand while opening his medicine cabinet at home, but he’s hopeful he can get back on the mound before the end of his baseball season.

He told me he topped out at 95 MPH before the injury.

As for Clemson, he said he spoke with quarterbacks coach Brandon Streeter who told him everything is good and the coaches are excited about the family’s visit to Clemson for the spring game.

"We talk all the time," Uiagalelei said. "He told me they are ready for me to come down for the visit. I am excited for my mom to see the campus."