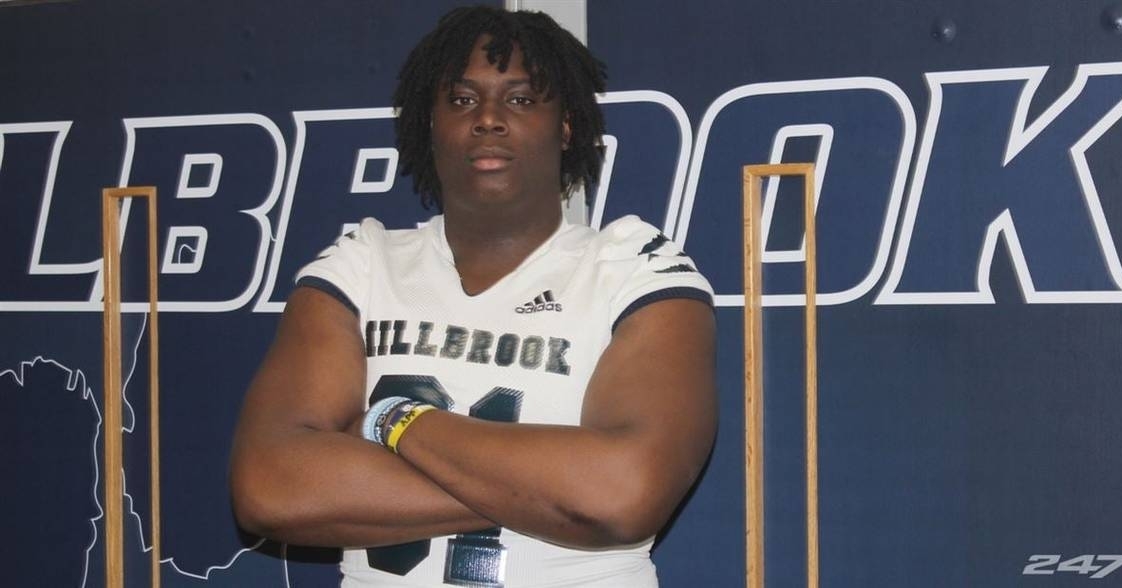 One of the top offensive line prospects in the state of North Carolina is adding offers at a steady clip and is hopeful a Clemson offer won’t be far behind.

“Right now I’m talking to (Clemson) Coach (Robbie) Caldwell, and we’re talking about him watching my film and stuff like that,” Pounds said. “He’s going to get me down there on the campus. Clemson is a really good program, and they’ve been good for a while now. I like what they do and the way they do stuff down there.

“I talk to (USC) Coach (Eric) Wolford, the O-line coach, I talk to him like every other day,” Pounds continued. “We talk about schemes they run there, stuff like that. He likes the way I move too, my athletic ability and my size and stuff.”

From those conversations, Pounds has gotten a positive vibe from the coaches relating to an offer.

“I think they are going to offer me soon, but I just don’t know,” he said. “They are both really good programs.”

From talking to various offensive line coaches, Pounds said he’s gotten a good feel about what they think of him as a prospect.

“They like the way I move,” Pounds said. “Literally, every college likes my athletic ability, my size and stuff. They like how I get out and create space, and how I move in space and stuff like that.”

Pounds said he got the chance to visit Duke, NC State, Tennessee and Virginia Tech before visits were stopped. He said Duke and Penn State are the two schools that have been recruiting him the hardest. He does not have a decision timeline and is not sure if he’ll sign early.

247Sports ranks Pounds as the No. 87 OT in the country and the No. 48 prospect in the state of North Carolina.