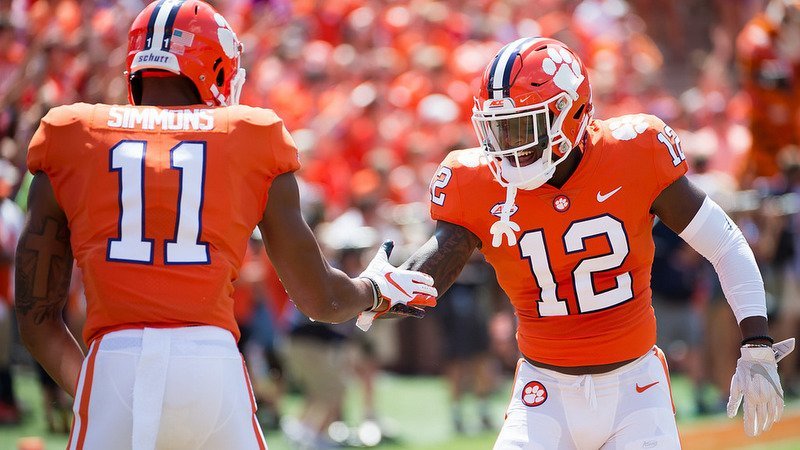 Wallace (12) is part of an experienced Clemson secondary

CLEMSON – One of the best programs to come out of the launch of the ACC Network looks back at the Tigers’ run to 15-0 and the 2018 National Championship, titled “Greatest Ever.” Early in the show, safety K’Von Wallace is shown before the title game against Alabama imploring his teammates to leave it all out on the field.

“This is our legacy. We are going to get this W because we love each other,” Wallace can be seen saying as older leaders look on.

That leadership is one of the reasons that head coach Dabo Swinney and defensive coordinator Brent Venables aren’t worried about the secondary heading into 2019. With Wallace and Tanner Muse anchoring the back end, along with veteran safeties Denzel Johnson and Nolan Turner, the Tigers are in good shape.

Wallace is appreciative of the coaches’ trust.

"It means a lot. We work super hard to be in this position," Wallace said. "We do everything we can to gain his trust and Coach Venables' trust. I feel like we're that way because we are unselfish. Everybody matters and is accounted for. We just hold ourselves to a higher standard.

What will it take for the Tigers to be successful on defense?

The youngsters on the defense have all had their bright moments during camp, and Wallace is hopeful his legacy – the legacy he asked for back in January – will live on once he leaves.

"All of them, man. Ray (Thornton). Jalyn (Phillips) came in and made a big tackle for loss and got the whole defense jacked up," Wallace said. "That's probably one of the highlight plays of today's scrimmage when he made that tackle. Those freshmen are letting us lead them. They're always on us, wanting to watch extra film, wanting to be a top-tier player. It's humbling to see. It makes me better. When I teach it, then I've got to go do it. It holds me accountable. Everything that we do, they look up to.

"I want to leave a legacy that the safeties that come behind me are 10 times better than me."